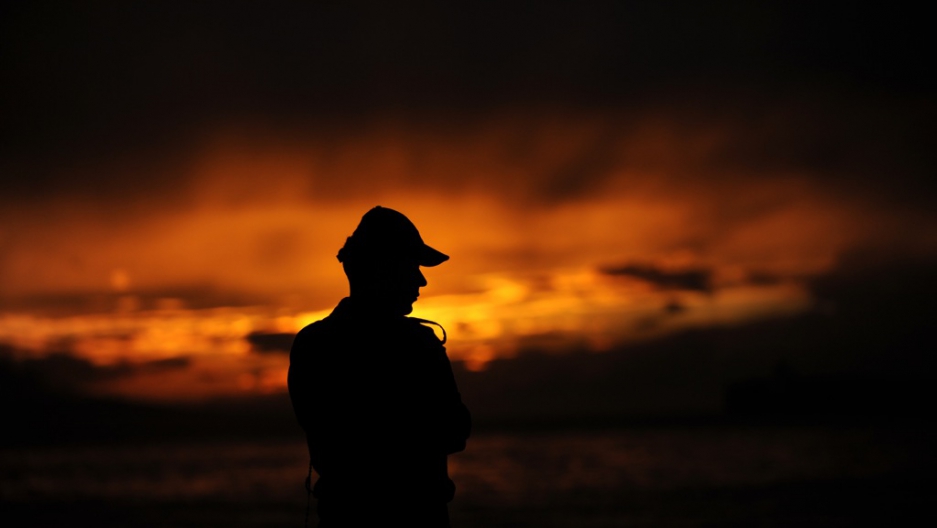 A Turkish policeman watches over a protest against the Kurdistan Workers Party (PKK) on October 9, 2011, at Gemlik in Bursa.
Credit: Bulent Kilic
Share

DIYARBAKIR, Turkey — Reaci Caner was just 5-years-old when he saw, from his window, Turkish soldiers humiliate his father, grandfather and other village men just because they were Kurdish.

The soldiers called the men donkeys, then climbed on their backs and “rode” them in the streets. Episodes like this stopped only when guerrillas from the Kurdistan Workers’ Party, or PKK, came to the village, some 280 miles outside Diyarbakir, to fight off the Turkish soldiers in the 1990s.

That was two decades ago, when the PKK — a Turkey-based Kurdish militant group fighting for Kurdish rights — was in the beginning of its years-long battle against the Turkish state. But now, that armed conflict may be coming to an end.

Today, armed PKK fighters will begin withdrawing from their positions in Turkey and into northern Iraq, where Iraqi Kurds maintain a semi-autonomous statelet. The disengagement from Turkey will mark the first step in what observers are calling an unprecedented peace process started between the Turkish government and its Kurdish militant rivals in October.

PKK fighters will gradually withdraw under the orders of their jailed leader, Abdullah Ocalan. In turn, Turkish authorities will draft a new constitution that is expected to enshrine rights for minorities, including Kurds.

The Kurds are also demanding that Turkey dismantles its special security units established to fight rebels, and grants an amnesty for all imprisoned fighters.

For both sides, the stakes are high. And in Diyarbakir, a Kurdish-majority city in Turkey’s restive southeast, there is a mixture of both skepticism and hope.

“Turkey is on the verge of [either] being divided, or solving this problem peacefully,” said Mustafa Karahan, a Diyarbakir resident and whose daughter fights for the PKK. “Turkey could not bear to be divided — and will recognize Kurds as people with rights.”

An estimated 15 to 20 percent of Turkey’s 73.8 million people are Kurdish, while sizeable Kurd minorities also live in Iran, Iraq and Syria. Turkey has long denied Kurds the right to receive education or broadcast in their own language. The armed struggle between Turkey and the PKK killed 30,000 to 40,000 people since the 1980s.

If peace is made or the battle lines shifted, it could have major implications for the region.

In neighboring Syria, Kurds there are gaining increasingly more autonomy as the political and security vacuum of the Syrian civil war opens up space for Kurdish militias to assert authority and form local governments.

Some are worried this could agitate Turkey’s Kurds for further battles unless they begin negotiating a firm peace.

The PKK could use the time it takes to implement the phased withdrawal from Turkey to strengthen its capabilities in the region, says Nihat Ali Ozcan, a military analyst based in the Turkish capital, Ankara.

“I think the PKK will send some groups to Syria for training,” he said. “It will also hold troops on the Iraqi border to pressure the government to make constitutional reforms.”

Though others say it is in Turkey’s interest to improve ties with its own Kurdish population in order to more easily facilitate oil deals with the Kurdish Regional Government in northern Iraq.

It would also cement support for Turkish Prime Minister Recep Tayyeb Erdogan ahead of the country’s first popular presidential election next year.

“According to our constitution and law, the government can’t give an illegal order such as allowing this kind of movement,” Ozcan said, hinting that political motives were behind the peace deal.

Because Turkey considers the PKK a terrorist organization, and because the fighters would be transporting their weapons, Ozcan and others say allowing armed militants to officially cross the border might be too politically risky for the government and its troops to ignore.

But perhaps no one better illustrates the divide than the mayor of Diyarbakir’s Sur district, Abdullah Demirbas.

One of his sons, having long given up hope for a political solution, joined the PKK five years ago to fight the Turkish state. His other son will soon be conscripted in the Turkish army.

“Suppose my one son comes across my other sons [while fighting] in the mountains,” Demirbas said. “We couldn’t sleep because of this. But now, we are hopeful.”

More from GlobalPost: Kurds in Syria: A struggle within a struggle

Elsewhere in Diyarbakir, Caner, who 20 years ago saw his male family members degraded by Turkish soldiers, remains wary of the deal.

“I think they will play different games again, but I hope I’m wrong,” he said, referring to fears among Kurds that the Turkish government won’t honor their demands after a PKK withdrawal.

Huseiyn Karahan, Mustafa Karahan’s nephew, says he doesn’t trust the government at all to follow through.

“It hasn’t taken any solid steps yet,” he said. “Only when they have taken solid steps can you say: yes, they want peace as well.”