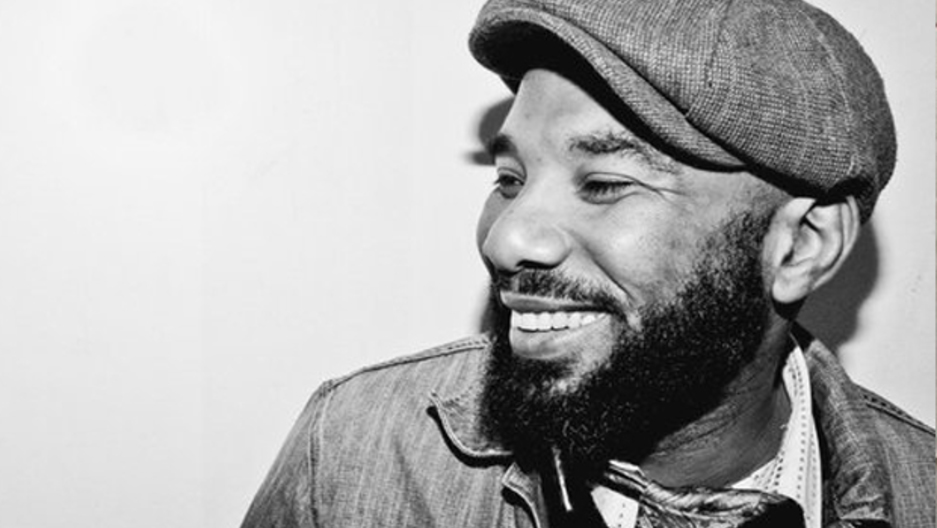 Share
Anthony Joseph grew up on the Caribbean island of Trinidad. He began writing poetry at the age of 10, and describes his childhood on the outskirts of Port of Spain as being free-spirited and full of music. When Joseph was young his grandparents introduced him to the music of Trinidad's calypso greats like Lord Kitchener and Mighty Sparrow. As he got a bit older, his musical tastes grew to include international acts – anything from Black Sabbath to Bob Marley. Pretty soon he started yearning to experience life outside of Trinidad, and says that at that time, for many Trinidadians, success was synonymous with moving to the US or Europe. At the age of 22 Joseph landed in London. While he'd been writing poetry for years, it was only after he arrived in the UK that he began to turn his words into songs. Within six months he was performing in a straight ahead rock band called Zed. But his early musical forays bear little resemblance to what he's doing today with Anthony Joseph and the Spasm Band. He says it took years to brew up the group's cosmopolitan mix of funk, calypso, Afro-beat, and spoken word. In the process, Joseph says he found himself drawing on his Caribbean roots. "I think I wanted to do something more earthy, more Trinidadian, and more reflective of my experience growing up," he says. Joseph gets back to Trinidad every other year or so, often around Carnival time. And even though he's properly settled into London life, maintaining his identity as a Trinidadian is important to him. No matter how long he stays in England, he says he'll never call himself a Brit. "I feel I'm becoming more Trinidadian the longer I stay away from the Caribbean," Joseph says. "It's impossible for me to become English, I can't do that. So I'm more Trinidadian, as I'm saying, than ever."