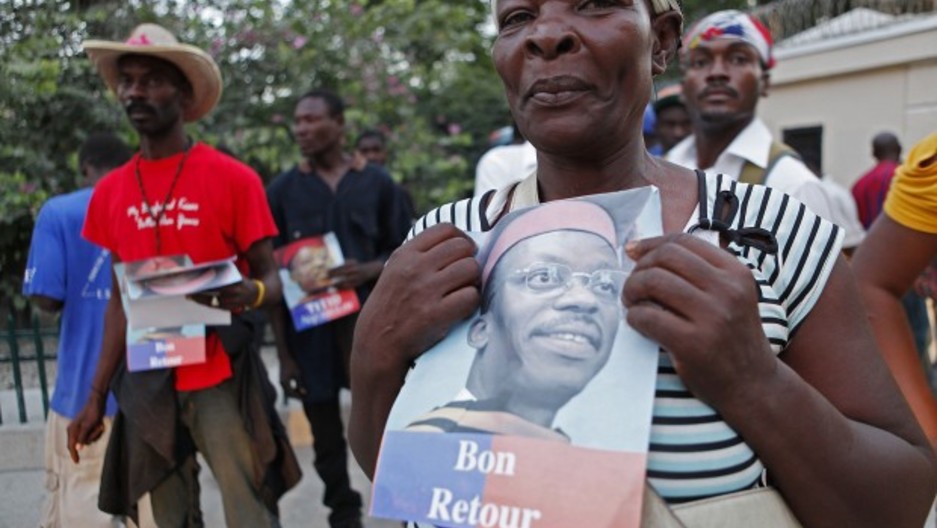 Supporters of former Haitian President Jean-Bertrand Aristide wait outside his house for him to appear on his way to a court appearance, in the Tabarre neighborhood of Port-au-Prince, May 8, 2013. Aristide appeared in public for the first time since returning from exile more than two years ago as he arrived at court on Wednesday to testify about the assassination more than a decade ago of a popular radio journalist and human rights activist. The poster reads, "Welcome back." REUTERS/Marie Arago (HAITI - Tags: POLITICS CRIME LAW) - RTXZF1U

Share
Former Haiti president Jean-Bertrand Aristide testified in court in Port-au-prince today in connection with the murder investigation of prominent and outspoken journalist Jean Dominique, shot 13 years ago. Correspondent Susana Ferreira in Port-au-Prince talked about Aristide's first outing since he returned to Haiti from exile two years ago.