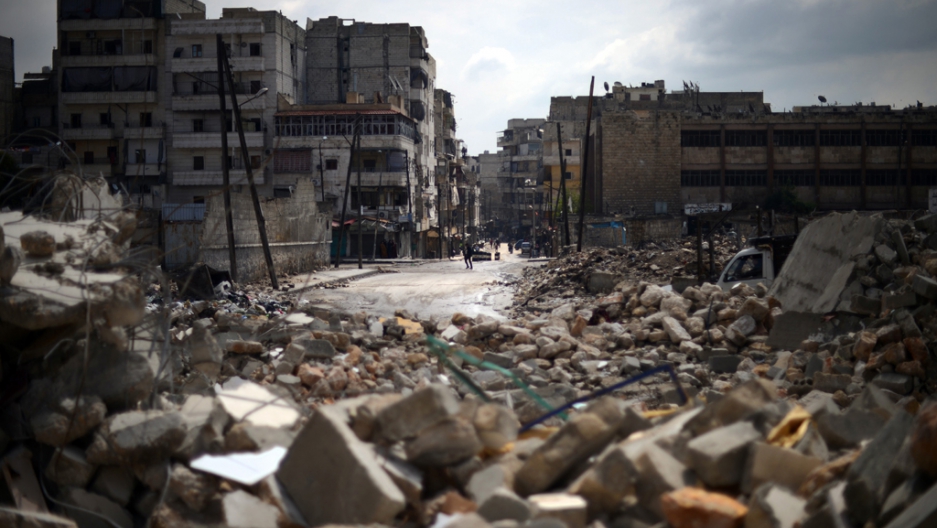 A picture shows destruction in the Al-Sukkari district of the northern Syrian city of Aleppo on April 5, 2013.
Credit: DIMITAR DILKOFF
Share

Syrian rebels have made use of the deadly nerve agent sarin in their war-torn country's conflict, UN human rights investigator Carla del Ponte has said.

"According to the testimonies we have gathered, the rebels have used chemical weapons, making use of sarin gas," del Ponte, a former war crimes prosecutor, said in an interview with Swiss radio late on Sunday.

"We still have to deepen our investigation, verify and confirm (the findings) through new witness testimony, but according to what we have established so far, it is at the moment opponents of the regime who are using sarin gas," she added.

She stressed that the UN commission of inquiry on Syria, which she is a part of, had far from finished its investigation.

The commission, which is set to present its latest findings to the UN Human Rights Council during its next session in June, might still find proof that the Syrian regime was also using this type of chemical weapons, del Ponte said.

Sarin is a powerful neurotoxin developed by Nazi scientists in the 1930s.

Originally developed as a pesticide, sarin was used to deadly effect in the 1988 raid on the Kurdish village of Halabja in northern Iraq. A Japanese cult also used sarin in two attacks in the 1990s.

The gas works by being inhaled or absorbed through the skin and kills by crippling the nervous system.

Symptoms include nausea and violent headaches, blurred or tunnel vision, drooling, muscular convulsions, respiratory arrest, loss of consciousness and then death, according to the US Centres for Disease Control and Prevention.

In high doses, sarin paralyses the muscles around the lungs and prevents chemicals from "switching off" the body's secretions, so victims suffocate or drown as their lungs fill with mucus and saliva.

Even a tiny dose of sarin -- which, like other nerve gases such as soman, tabun and VX, is odourless, colourless and tasteless -- can be deadly if it enters the respiratory system, or if a drop comes into contact with the skin.