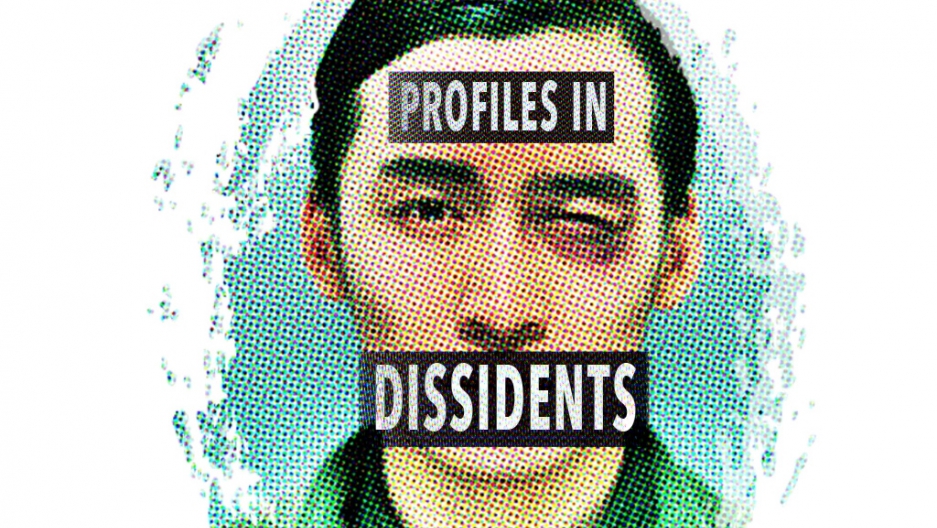 Editor's note: This article is part of an ongoing series about dissidence in China. Find out why China is crushing a Mongolian intellectual.

HONG KONG — Standing up for human rights in China sometimes means giving up your own.

For the last seven years, human rights lawyer Gao Zhisheng has repeatedly suffered house arrest, kidnapping, detainment and torture as punishment for defending the rights of persecuted religious groups and villagers whose land was illegally taken by the government.

A Christian lawyer and one of China’s most prominent dissidents, Gao, 47, is now being held in a remote prison in China’s far-western province of Xinjiang.

He was last seen in January, when his father-in-law and brother were permitted to visit him for the first time in nearly a year, but were forbidden to ask about his condition.

Gao’s wife, Geng He, told GlobalPost that the interview was cut short when Gao’s brother asked him whether he was able to watch TV.

“We are unable to know his mental and physical health status,” she said in an email. “This is what we worry about the most. I always ask for the help of the US government, to inquire about Gao Zhisheng’s status through diplomatic channels — it would give a kind of protection to him.”

Geng He fled to America with her son and daughter in 2009 to escape surveillance and harassment by the police. She has called for the United States to intervene to help her husband, but she says the government has “not done enough.”

“The US government should rescue Gao Zhisheng like the way they rescued Cheng Guangcheng,” she said. "I hope Mr. Obama can mention Gao Zhisheng’s name in public. This would be like lifting a finger for the president, but for Gao Zhisheng, it is critical, and this is about life and death.”

Chen Guangcheng, a blind legal activist, escaped from house arrest in 2012 and sought refuge in the US embassy in Beijing. After intense, protracted negotiations between the United States and China, Chen was allowed to leave to become a visiting scholar at New York University.

Gao Zhisheng’s story parallels Chen’s in several ways. Like Chen, Gao came from a poor family in the the countryside, and was self-taught. Initially, he was celebrated by the government as one of China’s rising legal stars. In fact, in 2001 the Ministry of Justice declared Gao — then a member of the Chinese Communist Party — one of China’s "10 Best Lawyers."

But when Gao started taking on more controversial cases, his relationship with the government began to sour. He took on cases involving factory workers who were locked up for protesting, and peasants whose land was seized by local officials in order to be sold to developers.

He filed a class-action lawsuit on behalf of women who were coerced into having abortions. He represented followers of Falun Gong, a persecuted spiritual group, and defended Christians who attended churches not sanctioned by the state.

In 2005, his activism came to a head after he resigned his membership in the Communist Party and wrote open letters criticizing the government's treatment of Falun Gong. Shortly thereafter, officials revoked his legal license and shut down his practice. In 2006 he was convicted of “inciting subversion of the state” and placed under house arrest.

In 2007, Gao was kidnapped, tortured and held for six weeks. Thugs beat him with electric batons, pierced his genitals with toothpicks and induced temporary blindness by holding lit cigarettes close to his eyes. When he was finally released, he wrote an account of his abuse:

“Every time when I was tortured, I was always repeatedly threatened that, if I spelled out later what had happened to me, I would be tortured again, but I was told, ‘This time it will happen in front of your wife and children,’" he wrote. "The tall strong man that pulled my hair repeated this over and over during the days I was tortured. ‘Your death is sure if you share this with the outside world.’”

While his treatment has been particularly brutal, Gao Zhisheng is hardly alone. His activism remains an inspiration to the loose movement of lawyers called "weiquan," or rights defenders.

Since the early 2000s, weiquan activists have sought to fight injustice simply by arguing that the government should abide by its own laws. They specialize in civil rights cases generally seen as taboo by China’s legal profession: defending ethnic minorities, persecuted religious groups, women forced to have abortions and rural Chinese whose land has been seized.

“What my husband did was to push CCP [Chinese Communist Party] to respect the independence of the judiciary and to obey the law,” says Geng He. “As a lawyer, he couldn’t even protect his own safety. But his deeds encourage a lot of Chinese people. His deeds also made people see through the Party's lies about building a legal society."

Like Gao Zhisheng, other weiquan have been often subjected to intense harassment and even violence. In 2009, Wang Yonghang, a lawyer who defended followers of Falun Gong, was detained and tortured. Later that year, authorities shut down an NGO founded by weiquan activists Teng Biao and Xu Zhiyong. Others have been beaten, placed under house arrest, or disbarred.

As a result, the movement is small, but potent. Eva Pils, professor of law at the Chinese University of Hong Kong, says that interest in weiquan has grown with the rise of social media, and increasing disillusionment about the pace of legal reform.

“Over the past one to three years there has been a clear and astonishing rise in attention and support” for weiquan, she said. “What’s interesting is that lawyers who would never associate with human rights lawyers have become interested.”

Perhaps recognizing this shift, since taking office President Xi Jinping has pledged to "firmly establish" the authority of the constitution and rule of law in China.

But the message to Party cadres behind closed doors is markedly different. In a leaked transcript of a private speech given last December, Xi vowed to maintain the supremacy of the Party, and said that reform would not mean "changes toward the universal values of the west," but rather maintaining above all "the path of socialism with Chinese characteristics."

Michael Davis, professor of law at the University of Hong Kong, said that there’s a fundamental contradiction between these goals: a system designed to protect the Party's monopoly on power cannot abide a truly independent judiciary.

“The Chinese government doesn't take these rights seriously, never has,” he said. “It's a country where Party control is more important than the legal system. ... It doesn't seem like the whole Party apparatus really allows for a change in paradigm, to a rule of law paradigm."

Until — and if — that shift happens, the fate of legal activists like Gao Zhisheng will continue to hang in the balance. For Geng He, the wait is becoming intolerable.

"I’ve been counting the days, hoping that he could be out of the jail soon," she said. "We really hope that Gao Zhisheng can come to America too and get away from the torture, and make our children feel the warmth from their father."