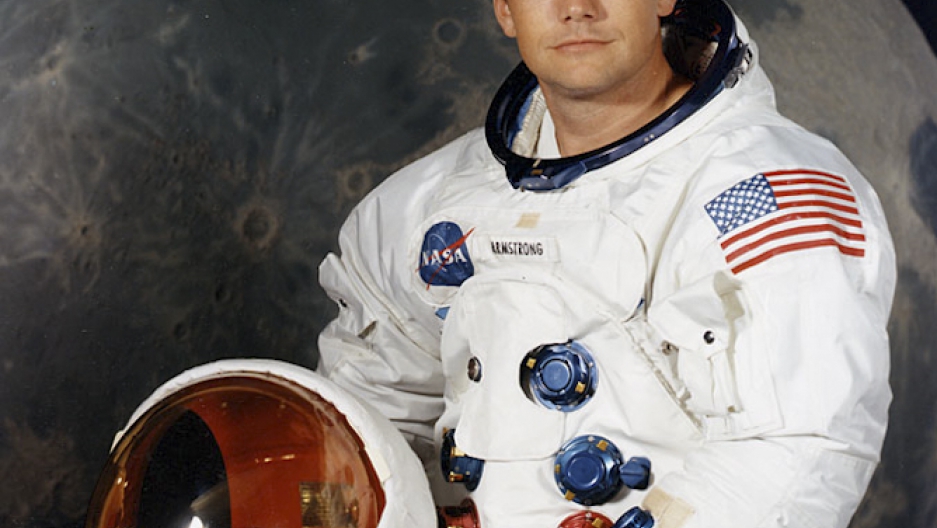 Handout portrait taken in July 1969 of US astronaut Neil Armstrong. Armstrong was the mission commander of the Apollo 11 moon landing mission on July 20, 1969. He is the first person to set foot on the Moon. Armstrong died August 25, 2012, at the age of 82.
Credit: AFP
Share

A New Hampshire auction house will soon be offering a decidedly odd artifact to the bidding public: an electrocardiogram (EKG) of recently deceased astronaut Neil Armstrong's heartbeat, created right before he landed on the moon in 1969.

The online auction will be held by the RR Auction House, which traffics in everything from celebrity photographs to historical artifacts to remnants from the 20th-century space race.

There are over 800 lots in the space auction, according to RR, including rare components from Apollo 11, a gold-plated lunar traverse gravimeter (used for measuring gravitational field on the moon), and of course a record of Armstrong's heart rate — which appears to have stayed impressively low, despite a few moments of worry as he and pilot Buzz Aldrin began to run low on fuel.

"It was really slow on the way down ... while Aldrin's was racing," geologist and NASA expert Gerald Schaber said of Armstrong's heartbeat in a 2009 Guardian interview.

"But that was typical of Neil. Just like the first thing he really said was, 'Houston, we have engine shut down here,' really calmly. Mission control told him to speak again. It was then he said, 'The eagle has landed,' for the TV networks. He was just that cool."

Armstrong passed away at the age of 82 in August 2012 from heart surgery complications, sparking an outpouring of grief and memories from around the world.

Perhaps a quote from the great astronaut himself fits the bill: "I believe that every human has a finite amount of heartbeats. I don't intend to waste any of mine running around doing exercises."

Here's video from RR Auctions, looking at some of the items available — in case you really need the Apollo 11 Hand Controller Grip or the aforementioned EKG for your den.