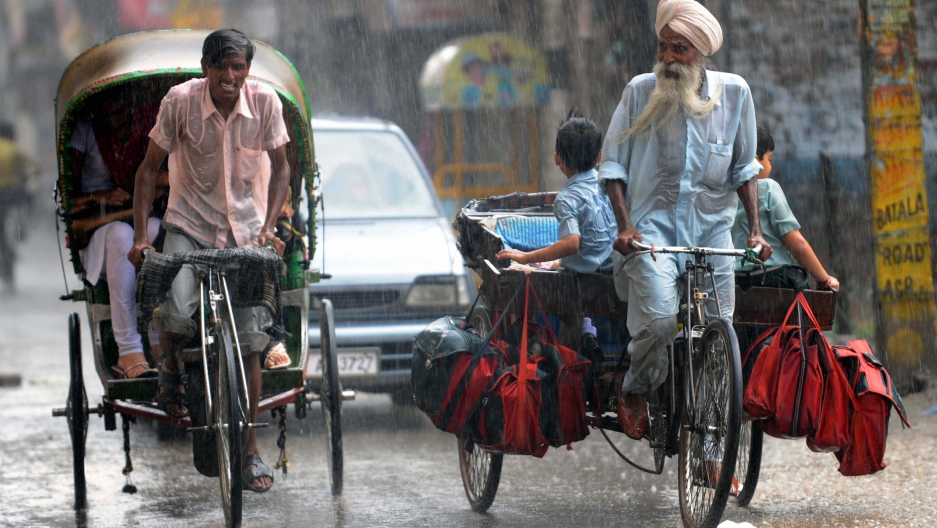 Indian commuters make their way during a downpour in Amritsar on July 27, 2009. NASA scientists claim in a new study that temperate regions will experience more drought while the tropics more extreme rains in the future due to climate change.
Credit: Narinder Nanu
Share

Climate change will increase extreme rainfall in certain regions and worsen drought in others claims a new study.

A new report by the US space agency NASA says that temperate regions will experience more drought while the tropics more extreme rains in the future.

The findings are the first to show how carbon dioxide affects a number of different rainfall types from drought to torrential rains.

The study looked at computer simulations within over a dozen climate models.

However, the same phenomenon also means that drier regions will go for longer periods without rain.

The Los Angeles Times reported that for every 1 degree Fahrenheit increase in global average temperature, extreme rainfall will increase globally by 3.9 percent.

The results will be felt across the world, say scientists.

"Large changes in moderate rainfall, as well as prolonged no-rain events, can have the most impact on society because they occur in regions where most people live."

He added, "The regions of heavier rainfall, except for the Asian monsoon, may have the smallest societal impact because they usually occur over the ocean."

The study will be published in the journal Geophysical Research Letters.