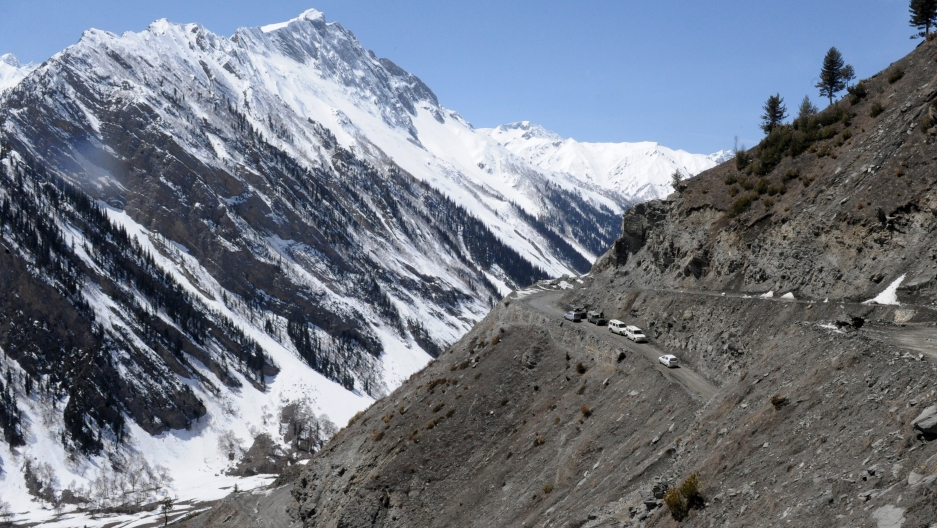 NEW DELHI, India — Following a three-week standoff, China and India have withdrawn their respective forces from a disputed area of Daulat Beg Oldie, Ladakh, along their shared border.

The agreement was reached after intense negotiations during a flag meeting between Indian and Chinese commanders on Sunday, according to media reports.

Both sides withdrew to their respective pre-incursion positions near the so-called "Line of Actual Control" (LAC).

Following the standoff at the border area, China and India with the larger interests of bilateral relations in mind have taken a cooperative and constructive attitude.

The 20-day-old standoff between the Chinese and Indian armies began after 50 soldiers from China’s People’s Liberation Army (PLA) crossed about 10 miles inside the disputed territory and set up a tented post. They subsequently put up four more tents and also deployed Molosser dogs, DNA India reported.

India responded by setting up its own post less than a quarter mile away.

Sources had told NDTV that India, unhappy with the way negotiations were progressing, was considering cancelling an impending trip to China by its External Affairs Minister Salman Khurshid.

Meanwhile, the Chinese premier, Li Keqiang, is scheduled to visit New Delhi on May 20.

Chinese incursions along the LAC have increased over the past five years.

More from GlobalPost: India and China in 2013

Indian foreign policy experts say that Beijing is trying to force New Delhi to concentrate on problems within its immediate neighborhood, rather than working to become a regional power.

For China, the forever-fizzling talks to resolve the border dispute are just another tool to keep a potential rival off-balance.

The most recent incident is no different, according to Shrikanth Kondapalli, a professor of Chinese studies at Jawaharlal Nehru University.

“They [the Chinese soldiers] came at their own sweet timing and left almost as abruptly,” said Kondapalli, dismissing claims that the soldiers' exit was the result of clever Indian diplomacy. “They were driving a lesson [home] to India that India is talking too much without much actual strength.”

As part of its “Look East" policy, New Delhi has over the past few years been taking a more assertive stance in bilateral relations and engaged with countries that China considers to lie entirely within its sphere of influence.

In October 2011, for instance, Indian Prime Minister Manmohan Singh refused to back down from a confrontation over a joint oil exploration with Vietnam in the disputed South China Sea.

Meanwhile, India has been consistently strengthening ties with groups like the Association of Southeast Asian Nations (ASEAN). And the United States has pitched for the Indian navy to play an important role in the Pacific, as well as the Indian Ocean, as part of President Barack Obama's pivot to Asia.

In that context, China's latest probe might have unintended consequences — pushing New Delhi to a stronger position, rather than scaring it into a weaker one.

“This will have an impact on the Indian foreign minister's visit to China next week and the premier's visit to India slated for the later half of this month,” said Kondapalli. “Anti-China feelings are strengthening in India with this incident.”

Why Chinese troops crossed the de facto border in the first place is a mystery; why they bulked up their presence after the initial Indian protest is a mystery; and why the PLA eventually decided to stand down is a further mystery.

The whole incursion may simply have been a tactic to gain bargaining power in border negotiations with India, Carlson said, adding:

... it's difficult to see how this will play in China's favor as India joins China's other neighbors in viewing the regional giant's territorial aspirations with greater suspicion.