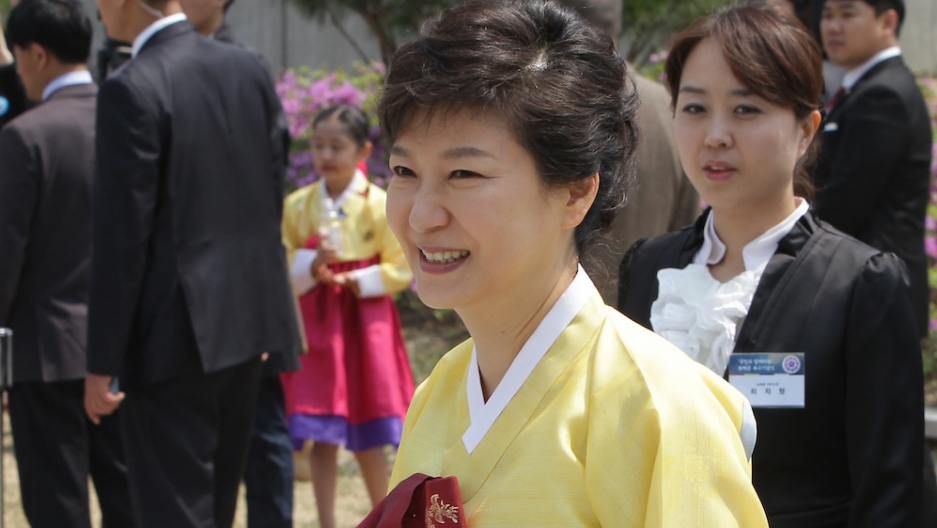 It will be the first face-to-face meeting for the two presidents since Park took office in late February.

In their opening months, both Obama and Park were busy putting together new cabinets. They did not have the opportunity to consult each other on a coherent foreign policy – just as North Korea kicked off a flurry of war rhetoric and tested its third nuclear device.

On Wednesday, Park is expected to address a joint meeting of Congress to reaffirm what Park recently called "the most successful alliance in history." The talk is meant to stress economic ties between the US and South Korea but that will likely be overshadowed by discussion of how to approach conditional dialogue with North Korea.

More from GlobalPost: Full coverage of rising tensions in the Koreas

Park made clear on the presidential campaign trail last fall that she was going to take a different approach than her predecessor, Lee Myung Bak. As the Wall Street Journal described it:

North-South relations during Mr. Lee's term hit rock bottom after he ended a few-questions-asked aid policy and called on North Korea to show it was willing to change its confrontational behavior before dialogue could begin. Tapping into a public consensus that new efforts needed to be made to improve relations with North Korea, Ms. Park said she would be willing to keep aid flowing while seeking opportunities for dialogue and cooperation.

Since taking office, however, Park's supporters have praised what they call her decisiveness and moral fiber when faced with an unexpected and difficult start with Kim Jong Un. She did not take the route, they point out, of stepping up aid to North Korea to allay its war threats.

"The basic approach towards North Korea should be based on a mixture of stick and carrot," Park Young Ho, a researcher at the Korea Institute for National Unification in Seoul told USA Today.

"But all North Korea wants is for South Korea and the USA to give them only carrots."

Hwang Tae Soon, senior researcher at the privately-funded Wisdom Center, agreed, telling Voice of America that Presidents Park and Obama will affirm that North Korea cannot achieve its goals if it maintains its nuclear programs.

South Korea and the US are due to conduct another round of joint naval drills this week, according to Yonhap news agency. The allies' war games have already proved a major hot button for North Korea.

While few would question the two countries' political friendship, some are already wondering how their leaders will get on.

Lee had warm relations with Obama. But Park is known for her reserved and at times cold demeanor, with some left-wing critics even calling her a "princess." It is not clear yet whether she'll be able to cement the same relationship with Obama that her predecessor enjoyed.