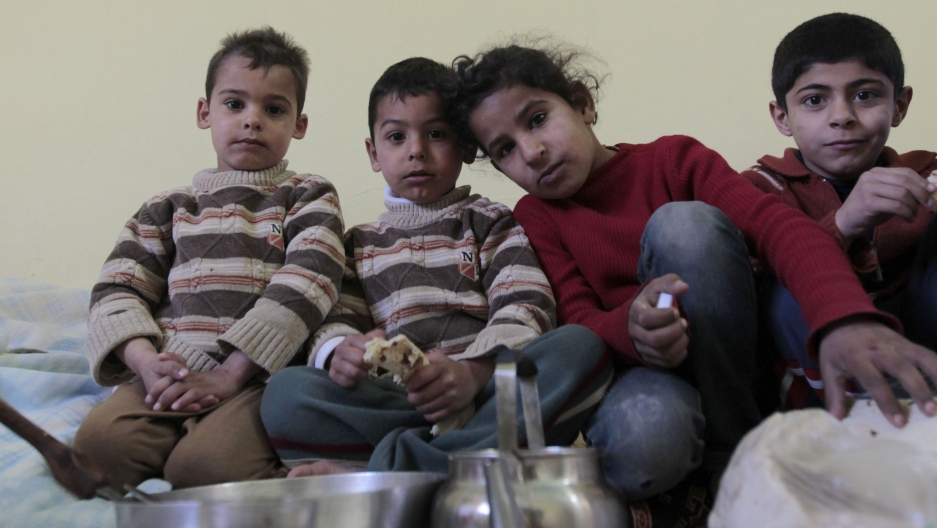 Thousands of Syrians were fleeing coastal areas Saturday following two massacres, allegedly carried out by government forces in a campaign of sectarian cleansing.

Activists posted gruesome footage online of mutilated and burnt bodies, among them women and children, the BBC reported.

The mass exodus came after reports that 77 Sunni Muslims were killed in Baniyas, and a day earlier 72 were massacred in the nearby village of al-Bayda.

Syria seen sectarian clashes and alleged massacres become increasingly common in the two-year-long conflict that has killed tens of thousands and sent more than a million Syrians to seek refuge in neighboring countries, AP reported.

The Syrian Observatory for Human Rights said about 4,000 people were trying to escape Saturday amid fears pro-government gunmen “might commit a massacre.”

The organization posted a video online showing the bodies of 10 people it claimed were killed in Ras al-Nabaa, Reuters reported.

Among them were children, including a toddler covered in burns, her legs charred.

The US State Department tweeted its condemnation of one of the reported massacres:

The US is appalled by reports that more than 100 people were killed May 2 in gruesome attacks in al-Bayda, #Syria. go.usa.gov/Td7w