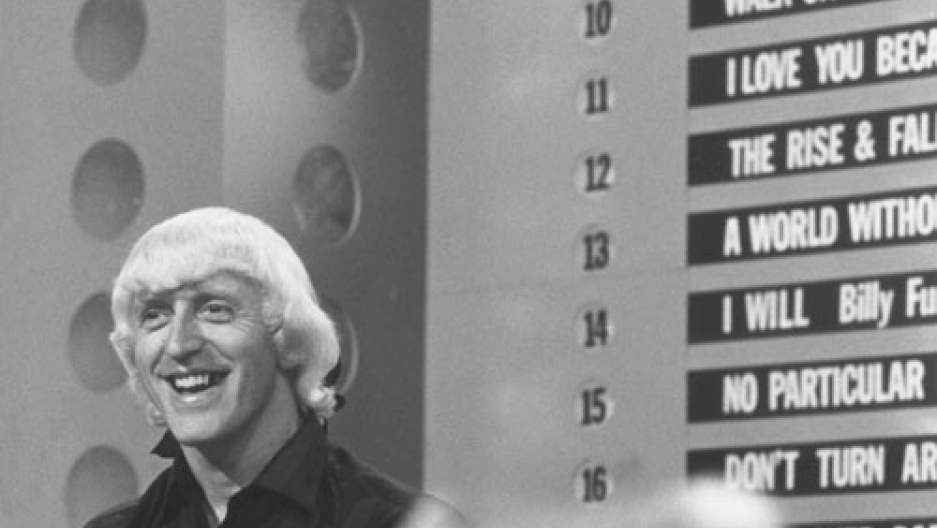 LONDON, UK — Two months ago, Stuart Hall – a silver-voiced fixture on UK radio and TV airwaves for more than 50 years – stood in court and called the 40-year-old allegations of sexual misconduct against him “pernicious, callous, cruel and above all spurious.”

On Thursday, Hall, who last year was decorated by the Queen for his contributions to British broadcasting, confessed to 14 sexual crimes against girls as young as 9. Said his lawyer, speaking in the same court where Hall had once defended his innocence: "He is not a man easily moved to self-pity, but he is only too aware that his disgrace is complete."

Hall, 83, is the latest public figure to emerge from Operation Yewtree, a national police investigation into decades-old sexual crimes of the late TV presenter Jimmy Savile and others. Prompted by the revelation last year that Savile, who died in 2011, allegedly sexually abused hundreds of young people, Metropolitan Police launched a two-month criminal investigation that concluded in December.

From Gary Glitter to Bill Roache, British police have revealed what alleged victims call a seemingly seedy underbelly of perversion where stars use their social position to prey upon young victims.

When he is sentenced next month for assaulting young girls decades ago while working as a British radio and TV personality, he’ll became one of the first caught in the widening scandal to face punishment.

While Hall is just the latest, there are many others still awaiting formal charges or trial.

From BBC and beyond, “Coronation Street” to Operation Yewtree and even (Gasp!) “Dr. Who,” here’s a list of some notable names from recent British celebrity sex scandals:

Jimmy Savile
When the white-haired, bug-eyed, cigar chomping DJ died in October 2011 at age 84, he was resoundingly lauded before quickly being demonized. After his death, as many as 450 victims came forward to claim Savile, host of the ubiquitous music program “Top of the Pops,” abused them.

It’s led to many of Savile’s contemporaries facing similar allegations in what Scotland Yard has dubbed “Operation Yewtree.” The biggest name, to North Americans at least, in the growing drama is probably …

He was re-arrested last October as part of the Jimmy Savile scandal, accused of having sex with an underage girl in Savile’s dressing room in the 1970s. Born Paul Gadd, he will turn 69 next week and is sadly not even close to being the oldest of this group. That distinction belongs to …

Stuart Hall
At 83 years old, Hall is proof that police aren’t afraid to dredge up past sins. The veteran TV and radio presenter admitted 14 charges of indecently assaulting girls as young as nine, prosecutors said on Thursday. As face of the TV show “It’s a Knockout” in the 1970s and 1980s, Hall was an “opportunistic predator” who befriended his victims before assaulting them, prosecutors told Agence France-Presse.

Yes, Hall is the oldest to face charges, but is merely months older than the next on the list.

Rolf Harris
Arrested in March on suspicion of sexual offenses and freed until this month, the 83-year-old Australian star’s full extent of trouble is unknown. British police often arrest suspects, but don’t charge them immediately. Harris is best known in America for his song “Tie me Kangaroo Down, Sport,” a hit in 1960.

He was also known for TV roles, much like our next man.

William (Bill) Roache
In the Guinness Book of Records for his 53-year run as Ken Barlow on TV soap “Coronation Street,” Roache is accused of having sex with an underage girl in 1967. Roache, 81, denied the claims after his arrest. He is just the latest “Coronation” star to face such charges.

Michael Le Vell, Andrew Lancel
In the interests of time, we’ll combine these two 40-something actors, although their cases are entirely separate.

Le Vell, charged with sexual abuse of minors, denies all charges and plans a vigorous defense. The 48-year-old actor, a “Street” veteran for 30 years, played mechanic Kevin Webster, but was suspended from the show pending the investigation.

Lancel appeared for two seasons of “Street” in 2011-12 before his character was murdered. The 42-year-old actor entered not guilty pleas last month and will face trial on six counts of indecent assault against a teen boy from the mid-1990s. His trial is to begin in June.

Others awaiting formal charges are: Jim Davidson (59, BBC host facing allegations from two women), Freddie Star (70, comedian and game show host accused of groping a woman) and Dave Lee Travis (67, disc jockey who chalks up his accusations to “giving them a cuddle”).

Nathan-Turner served as a producer during the 1980s, while Downie worked as a production manager. The book, “JN-T: The Life and Scandalous Times of John Nathan-Turner,” accuses the men of promising fans access to the show in exchange for sex. Nathan-Turner died in 2002 and Downie four years later.

More from GlobalPost: My life with sex criminal Jimmy Savile