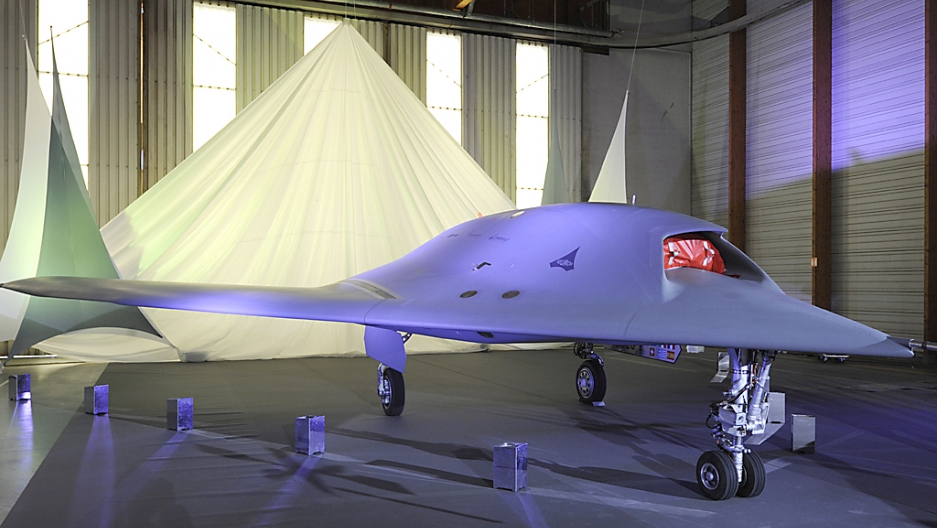 The nEUROn, an experimental drone developed by French defense group Dassault, sits at the factory floor in Istres, France, on December 19, 2012. The drone is expected to remain in testing for several years before a combat version is released sometime in 2015.
Credit: BORIS HORVAT
Share

Armies that use killer robots — or “tireless war machines, ready for deployment at the push of a button” — must tread carefully or run the risk of denigrating the value of human life, a new report for the United Nations says.

He recommends an international moratorium on LARs and the establishment of a high-level panel to create a policy on the issue.

“There is clearly a strong case for approaching the possible introduction of LARs with great caution,” Heyns writes. “If used, they could have far-reaching effects on societal values, including fundamentally on the protection and the value of life and on international stability and security.”

Heyns is to deliver his recommendations to the Human Rights Council in Geneva on May 29, the Associated Press said.

While robots don't act on revenge or rape, they also can't differentiate between civilian and combative targets, Heyns said, according to the AP.

He says nations must provide “considerable proof” that LARs, commonly known now as drones, are needed.

Among his other recommendations are:

The Heyns report comes on the heels of a call from Human Rights Watch to ban all “killer robots.”

HRW is taking the “initial” lead on behalf of a group of international NGOs calling for a ban on all fully autonomous weapons.

Countries like the US, China and Russia are pushing boundaries of weapons technology and taking humans out of the equation, HRW said.

“Lethal armed robots that could target and kill without any human intervention should never be built,” said Steve Goose, Arms Division director at HRW.

“A human should always be ‘in-the-loop’ when decisions are made on the battlefield. Killer robots would cross moral and legal boundaries, and should be rejected as repugnant to the public conscience.”