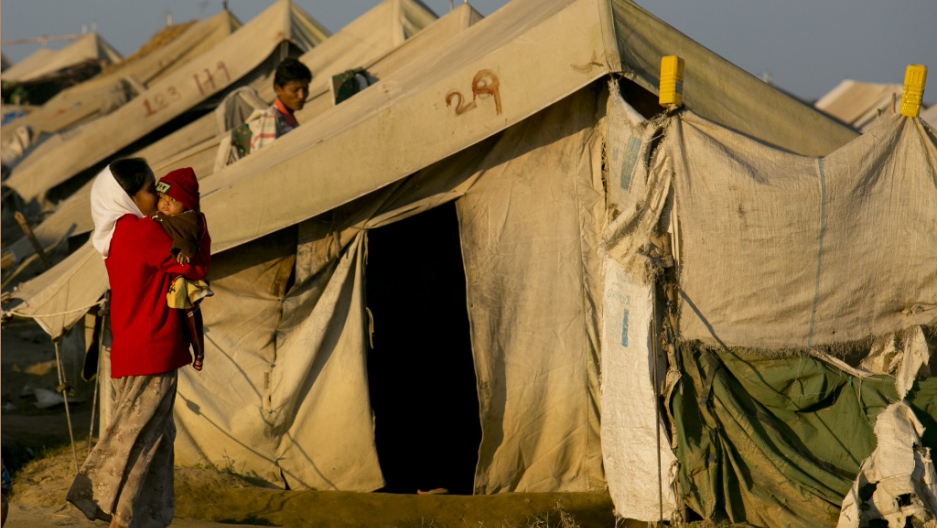 YANGON, Myanmar — From the depths of obscurity, Myanmar’s highly beleaguered Muslim Rohingya ethnicity has become something of a global cause célèbre.

The United Nations deems the roughly 1 million population group one of the world’s “most persecuted” minorities. In a report last week, Human Right Watch deployed some of the most potent language at its disposal in describing their mistreatment: “ethnic cleansing” and “crimes against humanity.” The online pro-Rohingya call to arms #RohingyaNOW was, for a brief blip in March, Twitter’s highest-trending phrase.

Even US President Barack Obama, in his first and only visit to Myanmar last November, urged the nation to accept that Rohingya “hold within themselves the same dignity as you do.”

But these are lofty expectations from a nation in which the government, much of the general public and even progressive activist circles contend that Rohingya is a contrived ethnicity that does not exist — at least not as the people who call themselves Rohingya and their foreign sympathizers believe they do.

This week, the government released its official account of Myanmar’s most explosive violence in recent years: a 2012 wave of killing, maiming and arson sprees waged in large part by Buddhists bent on ridding their native Rakhine State of the Rohingya. But nowhere in the official English translation does the word “Rohingya” appear. The minority is instead described as “Bengali,” the native people of neighboring Bangladesh.

The report insists the stateless group largely descend from farmers led over during British occupation of Myanmar (then titled Burma) in the early 1800s. They are described as procreating heavily, failing to assimilate and inviting over their kin to the dismay of helpless local Buddhists living under colonial rule. Myanmar’s authorities have since reversed the British empire’s policy: The Rohingya are now considered non-citizens even though their alleged homeland, Bangladesh, does not accept them either.

Treating this native-born population as invaders is roundly condemned around the globe. The Rohingya, like many persecuted groups before them, have pleaded for support from Aung San Suu Kyi. The 67-year-old parliamentarian, beloved for challenging Myanmar’s despotic generals, is traditionally seen as a voice of Myanmar’s oppressed.

But in an interview with GlobalPost, the Nobel Peace Laureate’s spokesman and confidante, Nyan Win, confirmed that Aung San Suu Kyi has no plans to champion the Rohingya cause despite criticism swirling around her silence on the crisis.

“So many people blame The Lady,” said Nyan Win, using a nickname for Aung San Suu Kyi made popular during Myanmar’s police state era, when speaking her name in public could attract unwelcome government attention.

“For example, in the Rakhine case, she very rarely says anything about this. She says she was forced to speak about the Rohingya group,” Nyan Win said. “She believes, in Burma, there is no Rohingya ethnic group. It is a made-up name of the Bengali. So she can’t say anything about Rohingya. But there is international pressure for her to speak about Rohingya. It’s a problem.”

Compared to the officials’ previous rhetoric on the Rohingya — a junta-era official publicly called them “ugly as ogres” — the government’s new report strikes a much more empathetic tone.

Some “Bengalis,” according to the report, may even be considered for citizenship if they can prove “knowledge of the country, local customs and language.”

The killings, according to the report, were racked up by tit-for-tat attacks fueled by long-simmering cultural feuds: “The earlier hatred and bitterness between the two sides — which had been created because of certain historical events — provided fertile ground for renewed tensions, mistrust and violence.”

Missing from the inquiry are the sickening scenes detailed in the latest Human Rights Watch investigation into the violence: mass graves, trucks piled high with stinking corpses and children hacked to death with machetes.

In a sharp departure from the government’s account of “communal violence,” the international watchdog group describes a systematic, organized and partially state-enabled campaign of all-out “ethnic cleansing” against the Rohingya.

“These are not terms Human Rights Watch uses lightly,” said Phil Robertson, deputy Asia director at Human Rights Watch. “Ethnic cleansing is targeting, with a mass attack, a particular ethnic group and driving them out of a geographic area with terror and violent means. That is exactly what happened.”

The architects alleged by Human Rights Watch of mounting this campaign are a patchwork of local Buddhist monastic orders and the Rakhine Nationalities Development Party, a political camp that dominates the region’s parliament.

Both are accused of pamphleteering and speechmaking designed to provoke majority Buddhists with warnings that “Bengalis” intend to eliminate their society through overbreeding and outright violence. One circulated tract directly calls for an “ethnic cleansing program.”

The hate campaigns, according to Human Rights Watch, typically preceded eruptions of bloodshed against Muslim neighborhoods. Police and soldiers are accused in the investigation of disarming Rohingya so that mobs could butcher them and, in a few instances, gunning down Rohingya themselves.

Human Rights Watch stops short of accusing Myanmar’s President Thein Sein of direct complicity in “crimes against humanity” but condemns his office for failing to adequately punish the culprits.

“Some people may argue that these are local authorities taking action and the people in Nay Pyi Daw (Myanmar’s capital) didn’t know. That is the preferred narrative of some of the diplomats who want to continue looking for heroes among the government ranks,” Robertson said.

“Well, let’s see what actually happened in terms of command responsibility,” he said. “Where does the buck stop in the (Army)? All of these things would come out in a truly independent, impartial investigation of the violence.”

The Human Rights Watch claims have been dismissed as baseless by both the government’s Ministry of Information and a Rakhine Nationalities Development Party lawmaker, who told the Yangon-based Eleven News Group that the clashes sparked off between those “who want to seize the territory and those who want to defend that territory.”

In the recent past, Western leaders and watchdogs were relatively united in their view of Myanmar: a place tragically mismanaged by ruling generals who must be pressured into better behavior through sanctions, isolation and the championing of Aung San Suu Kyi.

This consensus has shattered. As Human Rights Watch lodged its charges of “ethnic cleansing” last week, another respected civil liberties outfit, International Crisis Group, presented President Thein Sein with its prestigious “In Pursuit of Peace” award. On the same day, the European Union axed almost all of its Myanmar sanctions — most of which were already suspended.

Despite his rise under a secretive and oppressive army cabal, the former general has been credited with shepherding major reforms: freeing political prisoners, relaxing the elite’s chokehold on the economy and liberating Aung San Suu Kyi from house arrest. The president’s reaction to the peace award, published in Myanmar’s state media, was self-effacing.

“I receive this honor with gratitude and humility at a time when citizens of Myanmar are engaged in an adventure to build a more democratic, open and inclusive society,” Thein Sein said. “I do not believe I received this award as a person but as a representative of a movement to transform a society ... I am also heartened to know that we have friends in the international community who will keep us diligent and honest but pick us up if we stumble.”

Even former political prisoners, whose pro-democracy causes Human Rights Watch has long defended, have openly fretted that claims of “ethnic cleansing” could enflame the crisis. Though anti-Rohingya violence has cooled — an improvement the government ascribes to forced segregation from majority Buddhists — the nation is also riven by a broader wave of anti-Muslim anger in its central towns and cities.

Riots against non-Rohingya Muslim enclaves, where inhabitants are unquestionably citizens, have left dozens dead in the last two months. The most recent flare up took place April 30 when hundreds of Buddhists armed with staves and bricks stormed a Muslim neighborhood 70 miles north of Yangon, the nation’s largest city, and torched hundreds of homes.

Even Yangon, heavily defended by police, has been transformed by anti-Muslim campaigning. A Buddhist “969” solidarity movement, its title referring to Buddhist numerology, has spread rapidly in the city of roughly four million. Its adherents attempt to shop only at stores bearing the movement’s emblem in an effort to retain wealth among the Buddhist majority and economically isolate Muslims.

These tensions along Myanmar’s western shores and beyond have stirred fears in the UN’s Office on Genocide Prevention. In late March, Adama Dieng, the office’s special advisor on genocide prevention, offered Myanmar officials a written warning: failing to address the “root causes” of the killing will “have serious future consequences which the international community has solemnly promised to prevent.”

But the specter of genocide — a word already favored by some Rohingya activists — has not fallen on Myanmar’s Rakhine State, Robertson said.

“Rwanda was genocide. We haven’t reached that level. If tomorrow we had the security forces guarding these internally displaced persons camps turn on people and start killing them, then we’d start moving towards genocide,” he said. “We’re not there yet. But ‘crimes against humanity’ is pretty damn bad.”