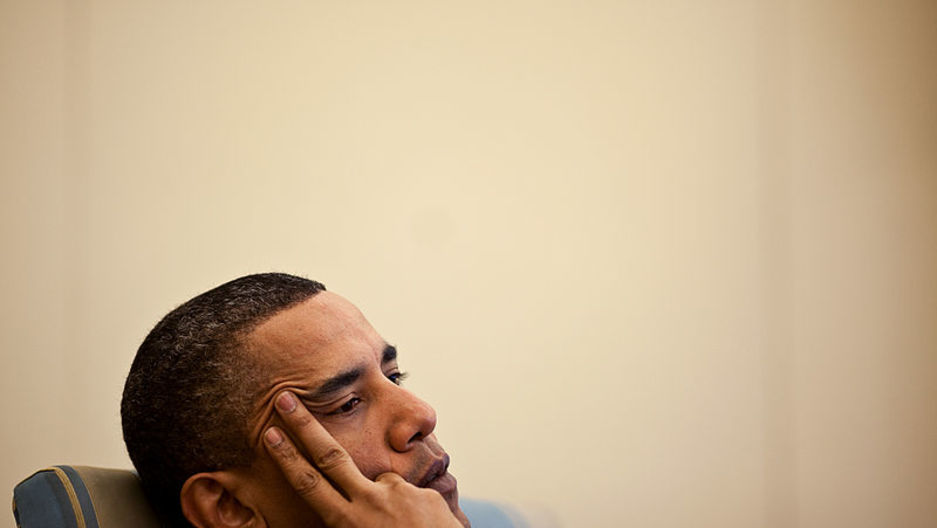 President Barack Obama has stated publicly that Syrian use of chemical weapons in its ongoing civil war would be crossing a "red line" for him.

In comments to the media Tuesday, he reiterated that statement, calling the use of chemical weapons a "game changer." But, amidst reports that Syria has in fact used chemical weapons, Obama has hedged on what, exactly, he'll do about it.

Matt Viser, a political reporter for The Boston Globe, said Obama indicated he wanted more information, before concluding that Syria had in fact crossed his red line.

"He said, 'We don't know how they were used, when they were used and who used them.' It seems like a matter of trying to figure out those questions of how and when and who," Viser said.

But speaking hypothetically, Obama strongly indicated that, if conclusive evidence can be found, that he would indeed authorize military action against the regime of Syrian President Bashar al-Assad, in response to the use of chemical weapons.

“Obviously there are options to me that are on the shelf right now that we have not deployed,” Obama said at his news conference.

Syrian officials deny they've used chemical weapons and, in fact, say their forces have been the victims of a chemical weapon attack by Syrian rebels.

Last year, Obama ordered Pentagon war planners to prepare scenarios for intervention in Syria, including in the event of the use of chemical weapons. Various U.S. military and intelligence agents have been ordered to the Middle East, including 200 members of the U.S. 1st Armored Division, which have been ordered to relocate to Jordan. Defense Department officials said the units could be available for military action, if the president decides that is necessary.