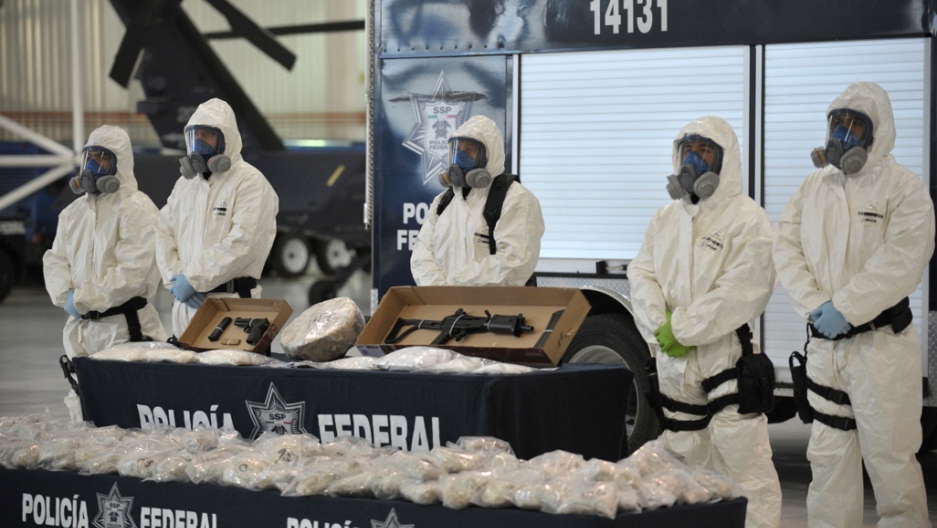 An alleged member of Guzman's Sinaloa Cartel, Coronel, 45, stands accused of smuggling marijuana into the US through Arizona, Mexican officials said. Although he had been placed on the US Treasury Department's black list of suspected money launderers and mobsters in January, Coronel faced no active arrest warrant in Mexico, Sanchez told reporters.

Instead, federal police captured Coronel, along with his son and three other men, as they prepared to smuggle marijuana across the Arizona line, Sanchez said. Police seized seized two vehicles, four rifles, one gun and 255 kilograms of marijuana along with the men, he said.

Sanchez declined to answer questions as to whether US information or agents played a role in the arrest.

He also didn't respond to a Mexican reporter's question as to whether Coronel's arrest was a “gift” to the United States made in honor of Obama's visit. Such high profile arrests have often preceded presidential summits and other top-level bilateral meetings in the past.

“We're prevented from providing the details of the action,” Sanchez said. “We can say at this moment that this person was in charge of continually smuggling marijuana into Arizona, which he did mostly by land.”

A native of northwestern Mexico's rugged and remote Sierra Madre mountains, Coronel is the father of Guzman's third wife, Emma Coronel Aispuro. His daughter married Guzman in 2007 while still in her teens. She gave birth to Guzman's twin daughters at a southern California hospital last year.

Under a new policy, Coronel and the men arrested with him, were not paraded in person before the press as was the custom under Mexico's previous administration. Instead, officials played a brief video for reporters showing a handcuffed Coronel being escorted off a federal police plane.

Coronel's designation as a "key operative" of the Sinaloa drug cartel, bars any US citizen from conducting business with him and freezing any assets he may have in the US.

Sanchez also deflected questions as to the level of importance Coronel and those arrested with him may have in the Sinaloa Cartel, a loose federation of drug-smuggling gangs over which Guzman has an unknown amount of control.

"It's not up to us to make that determination," Sanchez said. "It's our job to detain them."

A middling gangster in the 1990s, Guzman has become Mexico's most powerful and recognized criminal lord since escaping a Mexican maximum security prison in 2001.

The city of Chicago, to which the Sinaloa Cartel traffics cocaine, marijuana and methamphetamine, has named him Public Enemy No. 1, the first such designation since Al Capone in the 1930s.

Forbes Magazine has estimated Guzman's fortune at more than $1 billion. The US government has placed a $5 million reward for information leading to his capture.