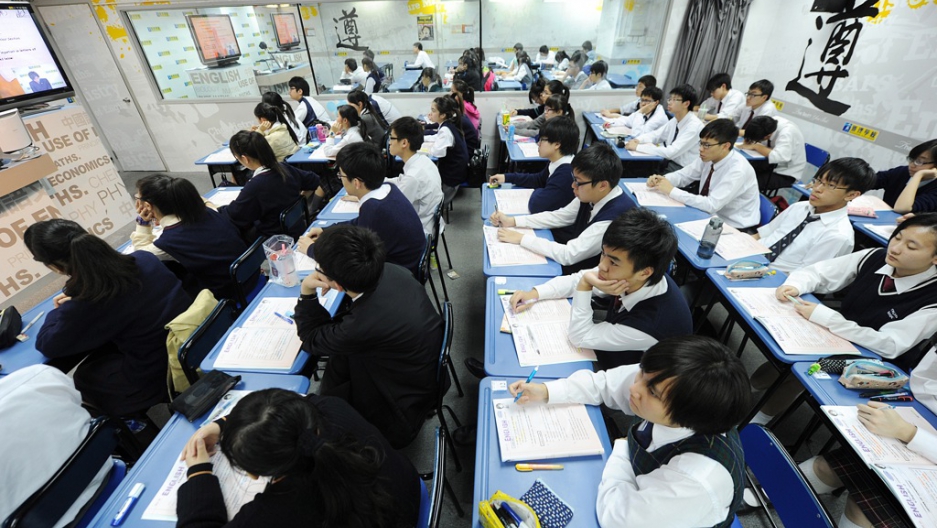 HONG KONG — It's a well-known fact among expats in China that it often takes little more than a foreign face to be hired as an English teacher, regardless of qualifications.

But foreign instructors in Chinese schools are facing increased scrutiny following revelations that a British man wanted in the UK in connection with the rape of a child and distribution of indecent images worked at a Beijing school.

Neil Robinson, 47, turned himself in to Beijing police late last week. He taught at an international school in the capital for four years, according to China Daily, before resigning last year due to "personal reasons."

This case was immediately followed by the discovery that an American convicted of child pornography offenses was working as an English teacher in Nanjing.

China's state-run media have issued calls for greater vigilance to ensure that foreigners with criminal records don't end up working in Chinese schools.

"We should be on guard and use the recent negative case to scare off those who want to come to our country with bad motives," said Xia Bing, director of the government's Department of Cultural and Educational Experts, in China Daily.

Many foreigners view teaching English in China as an easy, default option, as demand is high and schools and tutoring companies often do not require prior teaching experience. As a result, it attracts a motley crew.

"Expect more of this," says Bill Bishop, a Beijing-based commentator, in his Sinocism newsletter. "Most of the foreign schools and English training centers do not do any kind of background checks."

China would be wise—and entirely within its rights—to crack down.