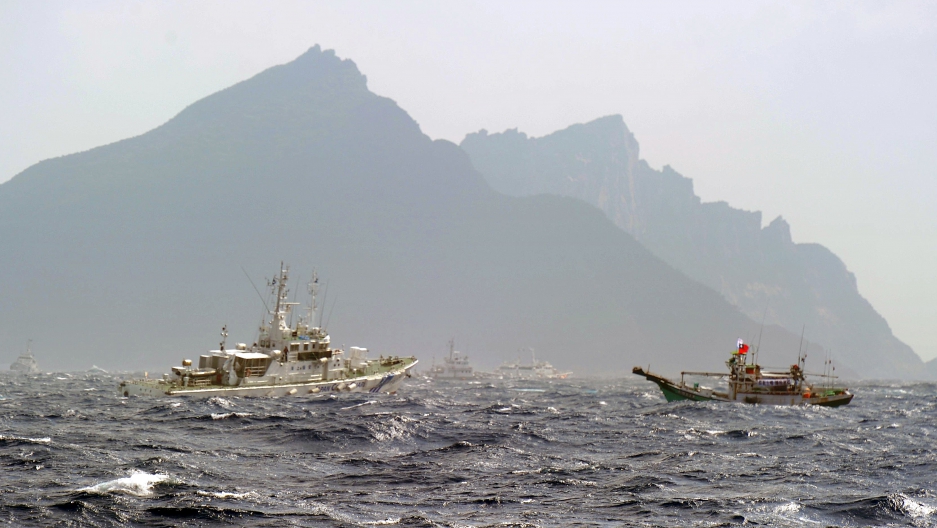 The Chinese Ambassador to the United States, Cui Tiankai, said Tuesday that it is Japan has been taking "unilateral or coercive actions" toward islands disputed by both countries.
Credit: Sam Yeh
Share

China said Tuesday that it is Japan that is acting coercively and unilaterally with regards to the Senkaku (Diayou) island dispute.

The state-run Xinhua news agency said that the US Defense Secretary had made unfounded accusations against China in regards to the island dispute.

At a press conference on Monday with his Japanese counterpart, Defense Secretary Hagel said:

"The United States does not take a position on the ultimate sovereignty of the islands, but we do recognize they are under the administration of Japan and fall under our security treaty obligations,"

He also said that the United States "opposes any unilateral course of action that seeks to undermine Japan's administrative control" of the tiny islands.

According to GlobalPost senior correspondent Geoffrey Cain, the Obama administration has stayed out of the dispute over the Senkaku Islands because it sees them as regionally focused and politically risky.

But in the big picture, according to Cain, "Washington is concerned about the rise of China and its potential impact on US interests in Asia: shipping routes and strategic waterways, competition for natural resources, and overall stability in the region."

Chairman of the US Joint Chiefs of Staff Gen. Martin Dempsey met with Chinese military officials last week and had apparently discussed the dispute with them.

"The Chinese side held in-depth exchange of views on a wide range of issues with Mr. Dempsey and clearly expressed China's stances and opinions," said the Chinese ambassador to the US, Cui Tiankai, in an interview.

"I believe relevant US parties have already received briefings on the meetings and should have a good knowledge of the facts," Cui added.

Those facts Cui speaks of are likely that China claims that the uninhabited islets, now administered by Japan, are an integral part of Chinese territory.

In his message, Cui specifically mentioned that Washington should think about the "long-term benefits" rather than take a side for "short term" gain.

Beijing is probably hinting the usual: that it's a rising power to be reckoned with, and that its cooperation is needed in the long-run even if China and the United States are at odds on many issues.

In a similar geopolitical move, it lured in Henry Kissinger and Richard Nixon in the early 1970s for a thaw in relations with Washington, promising it could be a long-term wedge against the Soviet Union.

But in the process, China convinced the UN General Assembly to relieve Taiwan of its UN membership and voting rights. Could something similar happen with Japan?