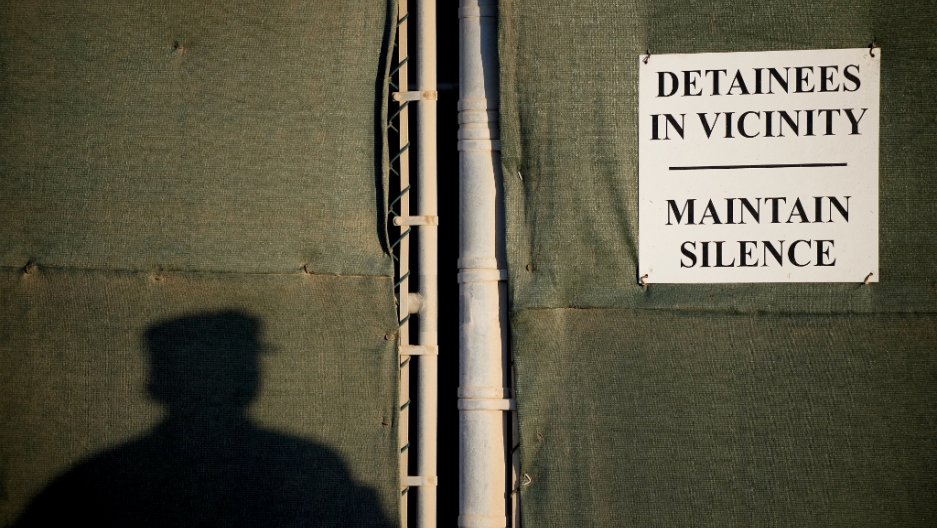 A soldier next to a sign at the US Naval Station in Guantanamo Bay, Cuba.
Credit: Jim Watson
Share

The ongoing, mass hunger strike by detainees at the Guantanamo Bay detention center in Cuba has revived the debate over one of the more controversial aspects of America's war on terror: detainees being held indefinitely or illegally outside the US justice system.

President Barack Obama stated again Tuesday his own desire to see the prison closed, saying Guantanamo Bay "is not sustainable" as part of US efforts to combat violent extremism.

As 100 of the 166 detainees continue their strike Wednesday, here are some of the lesser-known facts about "Gitmo."

A study from early 2012 found that 70 percent of Americans were in favor of keeping Guantanamo open. Approval extended beyond party lines, with a majority of both liberals and conservatives agreeing the center should remain open.

2. Guantanamo is the world’s most expensive prison

Each Guantanamo prisoner costs US taxpayers roughly $800,000 a year, which is more than 30 times as expensive as housing a prisoner on domestic soil. However, Obama’s 2010 proposal to transfer Guantanamo detainees to a converted Illinois prison were blocked by the House Armed Services Committee.

3. Most prisoners have been cleared for release or transfer

In 2010, an interagency task force established by the president authorized 126 detainees for either release or transfer from Guantanamo to foreign or US legal systems for trial. Despite this, opposition from Congress and other political hurdles have prevented most cases from being addressed. Right now, 86 of the 166 remaining inmates are cleared for transfer for release.

4. The UN has deemed force-feeding illegal

At least 21 of the 100 striking prisoners are being forcibly fed by prison officials and medical staff, a move that the UN has declared a violation of international law. This has not been the first criticism of force-feeding at Guantanamo, which the UN Human Rights Council has defined as torture since 2006.

5. Obama has not exhausted his options

Though both Obama and the press have highlighted Congressional opposition to Guantanamo as the primary reason for the administration’s inability to shut down the base, the president is not without options. Lifting the self-imposed 2010 moratorium on detainee transfers to Yemen would pave the way for reassessing the cases of at least 89 Yemeni prisoners. The president could also use a relatively new power from 2012 that would allow him to waive legal bans on detainee transfer to certain nations on a case-by-case basis. Although that process would let him bypass the Yemen repatriation ban, he has yet to utilize it.