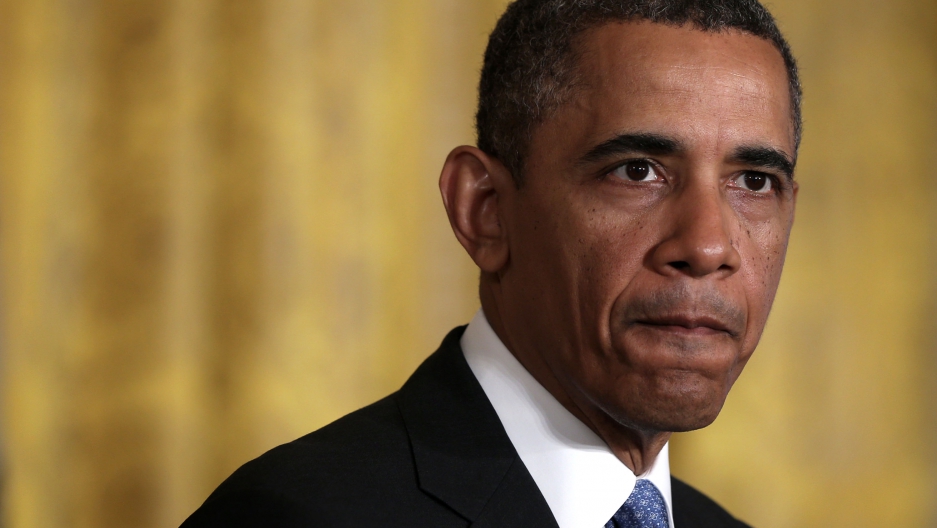 President Barack Obama is days away from a decision on sending lethal arms to the Syrian opposition, a response to the possible use of chemical weapons by the Syrian regime's forces, according to a new report.

The Washington Post, citing administration officials, wrote that Obama was ready to move on the "left-hand side" of a broad spectrum ranging from "arming the opposition to boots on the ground."

An official reportedly said, "We’re clearly on an upward trajectory. We’ve moved over to assistance that has a direct military purpose."

The officials stressed that political negotiation remains the preferred method to handling the situation, with Obama sending Secretary of State John Kerry to Moscow to discuss Russian President Vladimir Putin's continued support of the Assad regime.

Obama said on Tuesday that the use of chemical weapons would mean "there are some options that we might not otherwise exercise that we would strongly consider."

The White House is likely to make a final decision on the supply of arms within weeks, before a scheduled meeting with Putin in June, the officials told the Post.

The report comes close on the heels of Obama's assurances during the Tuesday news conference that he needed to "make sure I’ve got the facts. . . . If we end up rushing to judgment without hard, effective evidence, we can find ourselves in a position where we can’t mobilize the international community to support" additional action.

Obama said that he did not yet believe there was sufficient evidence to trace the use of chemical weapons to Assad's regime, according to the Guardian.

"What we now have is evidence that chemical weapons have been used inside Syria. What we don't know is who used them. We don't have a chain of custody. Without evidence of what happened, how can I make a decision what to do? I have got to make sure I have got the facts."

However, Obama also said US military planners had been working on a range of options for retaliation to be implemented if Washington could establish "a clear base line of facts".

"If I can establish the use of chemical weapons by the Assad regime in a way that the US and international community can be sure of, that is a game changer. By 'game changer' I mean we would have to review the range of options that are available. There are options at the moment that are on the shelf, but it is a spectrum of options and [use of chemical weapons] clearly would be an escalation of the threat."

Officials in Damascus have insisted publicly that the Syrian government has not been responsible for the use of chemical weapons.