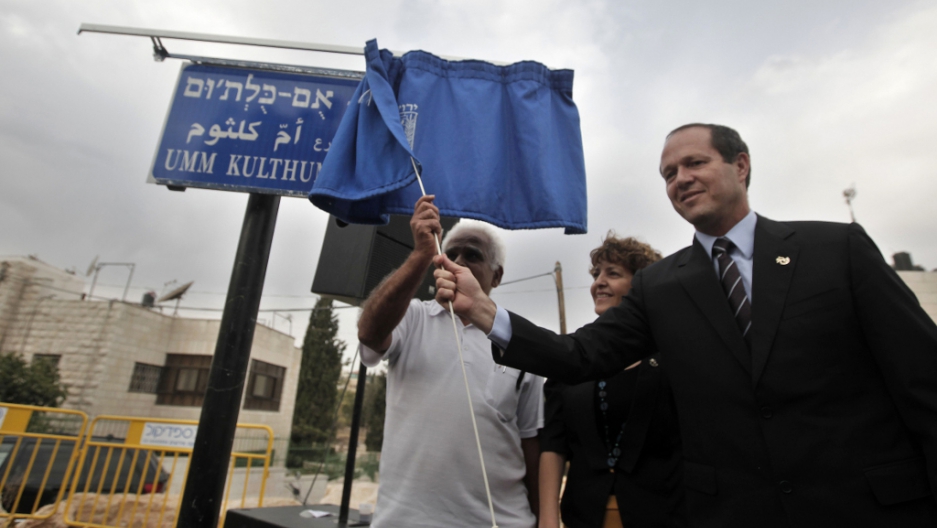 JERUSALEM — Ahead of a municipal vote in which he hopes be re-elected as mayor of Jerusalem, Nir Barkat is in the throes of a quiet but radical attempt to change the face of a city steeped in history but with a serious image problem.

Fifty-three-year-old Barkat — a taut, secular, self-made millionaire — is working to transform the way the world sees the ancient city of Jerusalem by launching high-profile cultural initiatives he hopes to pair with a boost in foreign tourism.

The result has been higher numbers of foreign tourists and international renown.

“We are talking about a cultural renaissance in the City of Jerusalem,” Barkat said in an interview with GlobalPost. “Jerusalem combines past and future in a way that is second to none.”

Too many people, Barkat claims, fall back onto old stereotypes of Jerusalem as a conflict-ridden city with little more than archaeological ruins and religious fanatics.

It is true that Jerusalem remains a tense and sometimes politically nasty place. The city is divided between Jewish and Arab quarters — and Palestinian residents of East Jerusalem, which they claim as the capital of a future state, are discriminated against and often lack basic municipal services.

Under Barkat, the municipality has also approved a number of controversial settlement projects that would put Jewish housing developments inside Palestinian territory Israel seized in the war of 1967.

But as the Jerusalem-born son of a physics professor, Barkat represents, at least for Israelis, a new style of politician: technocratic and more internationalist than cosmopolitan.

After serving as a paratrooper and obtaining a degree in computer science, Barkat founded an anti-virus start-up. Later, he established himself as one of Israel's most successful high-tech investors.

That worldliness and high-tech know-how has helped Barkat in his bid to revamp the city of 800,000.

Taking the lead from the websites of other world cities, the Jerusalem municipality recently launched an official, multilingual and all-purpose tourism site — www.itraveljerusalem.com, at the cost of roughly $56,000 — to highlight many of the city’s secular attractions.

Barkat’s “Season of Culture” — a unified scheme made in collaboration with the philanthropic Schusterman Foundation, and that maps out Jerusalem’s cultural happenings — has also been an unqualified success. Indeed, the portion of the city’s budget allocated for “culture” in 2012 was upwards of $24 million.

"We have a very rich history residing side by side with the most sophisticated technology and forward-looking vision,” he said in the GlobalPost interview.

In the way of sports, the Jerusalem Winner Marathon, another Barkat brainchild that is now just 3 years old, was recently chosen one of the top 10 international spring races by a British runners' magazine.

An avid sportsman who has twice raced in the Paris-Dakar rally, Barkat's latest feat — or, as his detractors would say, stunt — is to bring a Formula 1 exhibition race to Jerusalem in June.

All the initiatives appear to have been a boon for at least some parts of the city.

New hotels are sprouting up, according to the ministry of tourism — and an additional 4,000 rooms will be built to accommodate a surge of incoming tourists in the next two to five years.

Barkat and his team have managed to double the number of annual foreign tourists from 2 million in 2008 to 4 million today.

According to a poll published earlier this year by Yedioth Acharonoth, a leading Israeli newspaper, Jerusalem's students and young graduates are leaving the city at significantly reduced rates, down 35 percent from 2010.

More from GlobalPost: The oasis that is Jerusalem

Still, not all of Barkat's initiatives have been popular. Some are worried the more flashy projects are undercutting attention and funds to things like education and the arts.

Ofer Ravid, the artistic director of the Nissan Nativ Acting Studio, one of the city’s elite art schools, describes a positive if contentious relationship with City Hall. He says basic planning and funding for arts institutions is consistently at play.

“Despite municipal promises, we literally have no idea where we will be or if we will be able to open in the next year,” he said.

More broadly, others charge he is “pouring almost all the city’s resources into drawing in rich foreigners,” left-wing city council member, Meir Margalit, said. “And forgetting that there are local people here who also should be able to enjoy city life, including Arab residents and poor people for whom many of these initiatives are irrelevant.”

In April, Barkat came under fire from local bureaucrats and religious groups for the amount of funds — $696,000 — to be directed toward hosting the Formula 1 race next month.

“If Jerusalem did not have these conflicts, it wouldn’t be Jerusalem,” Barkat said in an interview with the Times of Israel, a Jerusalem-based online newspaper, earlier this year.

“You have to find the right balance, work around the status quo,” he said. “Nobody in Jerusalem gets everything his way.”