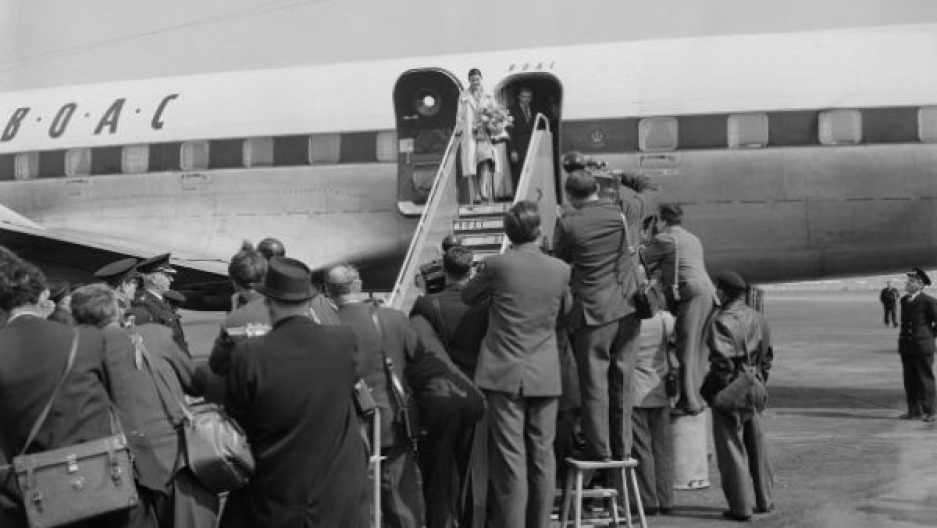 British ballerina Dame Margot Fonteyn (1919 - 1991) arrives at London Airport on her return from New York, 24th April 1959. She has just been arrested and expelled from Panama after her husband, Panamanian diplomat Roberto Arias was implicated in an attempted coup against the government. (Photo by Keystone/Hulton Archive/Getty Images)

Share
The British dancer Margot Fonteyn was one of the world's most renowned ballerinas. She was married to the son of a former president of Panama and, in 1959, the two took part in a failed coup to overthrow the pro-American government there.