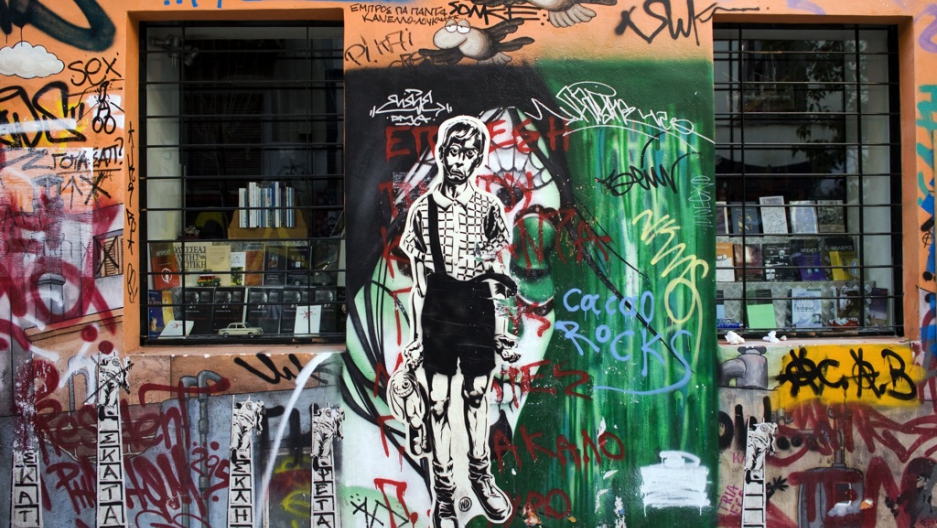 Graffiti is displayed on a building on December 6, 2011 in Athens, Greece. Graffiti artists throughout the city are expressing the effects of austerity measures that have plagued the community as Greece continues to struggle in debt while lawmakers today are set to pass next year's budget.
Credit: Milos Bicanski
Share

Austerity programs are bad for our health, two researchers argue in a book due out this week.

In Greece, the authors say, HIV infection has increased by more than 200 percent since 2011 as funding for prevention programs has disappeared and drug use has risen amid a 50 percent youth unemployment rate. After Greece slashed its mosquito-spraying budget, it saw its first malaria outbreak in decades.

“Austerity in health is a false economy,” Stuckler told RT in an interview. “The tuberculosis outbreaks, for example, that New York suffered in the mid-1990s ended up costing millions to control.”

Deteriorating public health  is not inevitable during a financial crisis, the authors write. In Sweden’s recession, for example, government-sponsored labor market programs led the suicide rate to fall, despite an increase in unemployment, they say. Neighboring countries without those programs saw suicide rates increase.

"Our politicians need to take into account the serious, and in some cases profound, health consequences of economic choices,” Stuckler said in a statement. “But so far, Europe's leaders have been in denial of the evidence that austerity is costing lives."