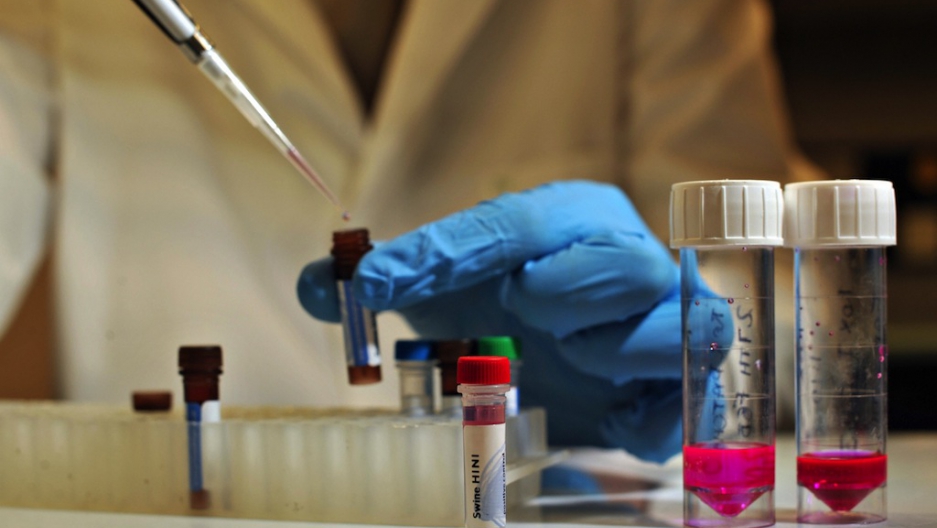 French police are having trouble telling which identical twin is wanted for a series of sex attacks because their DNA is too similar and witnesses can't tell them apart. A test sophisticated enough to tell their DNA apart could cost upwards of $1 million.
Credit: LEON NEAL
Share

Danish scientists believe they may have a cure for HIV "within months."

Researchers at Aarhus University Hospital in Denmark are testing a new technique that involves flushing the virus from so-called reservoirs in human DNA.

The virus is then destroyed naturally by the body's immune system, The London Telegraph reported.

They are expecting results to show that "finding a mass-distributable and affordable cure to HIV is possible".

Fifteen patients are taking part in the trials, funded with $2.1 million from the Danish Research Council.

If they are found to have successfully been cured of HIV, the new technique will be tested on a wider scale.

Any cure would be affordable for many of the 33 million people worldwide afflicted by the virus.

However, despite the trials Dr. Ole Sogaard, a senior researcher in the department of infectious disease warned that the efficacy in the human body remained unproven.

Medical Daily quoted him as telling the media:

"The challenge will be getting the patients' immune system to recognize the virus and destroy it. This depends on the strength and sensitivity of individual immune systems."

British researchers are reportedly conducting similar research through a consortium of five universities.

Both studies are aiming to find a cure for those already infected with the virus and would not result in a preventative measure for HIV or AIDS.