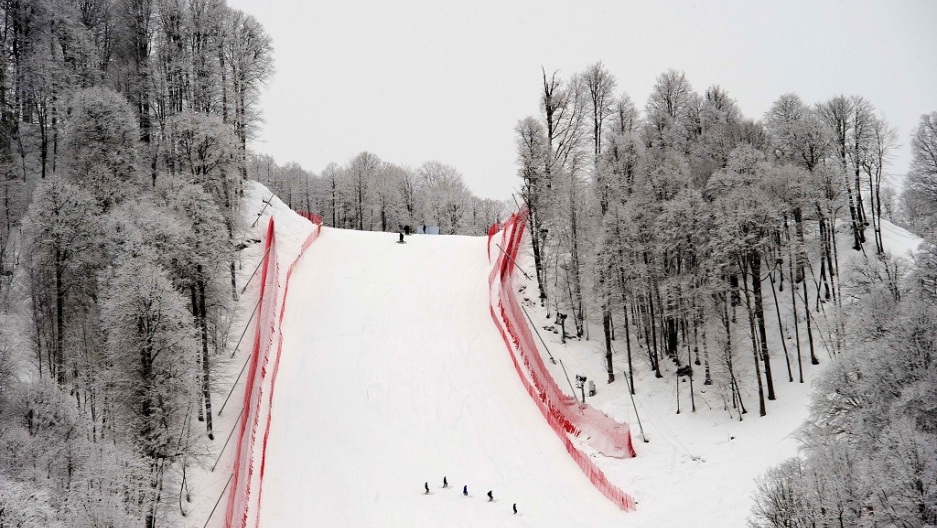 Race technicians ski down a hill at the Rosa Khutor Mountain Resort in Krasnaya Polyana near Sochi on Feb. 18, 2012. The Games to be held there in 2014 will be the biggest international event hosted by Russia since the collapse of the Soviet Union
Credit: Olivier Morin
Share

Akhmed Bilalov, a former Russian Olympic Committee member who was fired in February over delays and ballooning costs in the construction of the RusSki Gorki ski jump complex, says he’s been poisoned.

Bilalov, who fled Russia after also being removed from his job as head of state-owned ski resort construction company Northern Caucasus Resorts, confirmed that he is being treated in Germany for mercury poisoning, according to the Guardian.

"They have found elevated levels of mercury in my body," Bilalov told the Interfax news agency on Saturday, according to the Guardian. "I didn't want to announce this before, but now that the press has found out, I'm forced to confirm it."

He told Interfax he "began to feel bad in the middle of autumn last year,” while still working at his office in central Moscow.

Gazeta.ru reported that doctors found four times the normal amount of mercury in his blood, according to the Guardian.

Russian police told RIA Novosti they are prepared to open an investigation into his claims. “Bilalov obviously can turn to the law enforcement bodies with the relevant application,” an Interior Ministry spokesperson told RIA Novosti. “It will be looked into in the specified manner.”