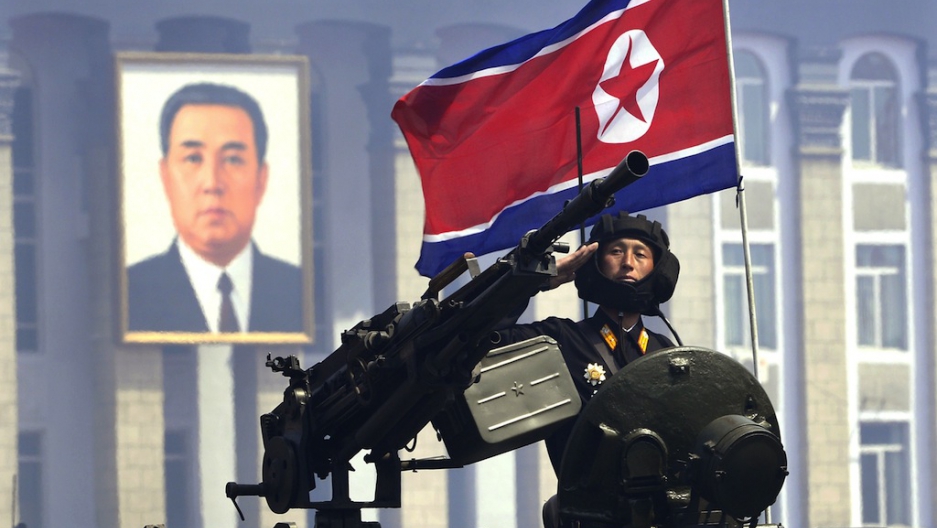 File photo shows a North Korean soldier during a military parade to mark 100 years since the birth of the country's founder Kim Il-Sung in Pyongyang on April 15, 2012.
Credit: Pedro Ugarte
Share

Kenneth Bae, an American citizen detained in North Korea since November, will be tried on charges of attempting to overthrow the government, Pyongyang said today.

Bae, also known by the name Pae Jun Ho, has admitted to "crimes aimed to topple the DPRK [Democratic People's Republic of Korea] with hostility toward it," according to North Korea's state news agency.

"His crimes were proved by evidence," the report said, without giving further details.

Bae will be taken before North Korea's Supreme Court to "face judgment," though it is unclear what kind of trial he will receive, or when. If convicted, he is liable to face the death penalty.

Bae, 44, was detained on Nov. 3 when he entered North Korea as a tourist. According to reports, he is a Korean-American who runs a travel company and was in the country to lead a tour group, though he had previously made several trips to North Korea to do humanitarian work.

His arrest and now trial for crimes that are still unspecified, at a time when North Korea's relations with the US are at one of their lowest points in years, has drawn suggestions that Pyongyang may be using him as a bargaining chip.

"The North will use him in a way that helps bring the US to talks when the mood slowly turns toward dialogue," Koh Yu-hwan, a professor of North Korean Studies at Dongguk University in Seoul, told the Associated Press.

In 2009, when North Korea defied international condemnation to carry out a rocket lauch and second nuclear test, two American journalists were arrested and sentenced to hard labor for entering the country illegally.

Former US President Bill Clinton travelled to North Korea to negotiate their release, a visit that allowed Pyongyang to claim a diplomatic victory and helped lay the foundations for dialogue after months of high tension.

Bae is at least the fourth American to be detained in North Korea since then. All the others have been released following high-level mediation efforts.