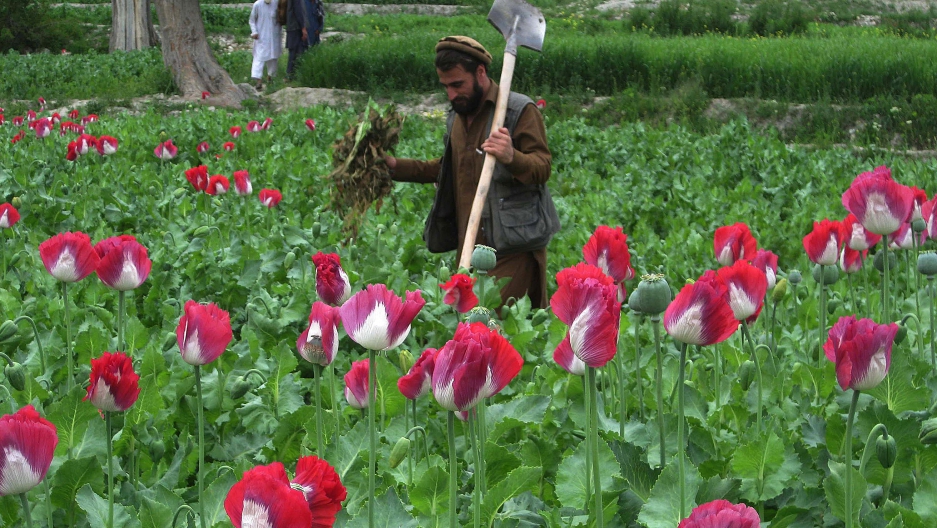 A passenger bus has collided with a fuel tanker in Afghanistan, killing at least 30 people, many of them heading for the poppy harvest, officials said.

The Taliban has been blamed for the crash, which happened before dawn on Friday in the Maiwand district of Kandahar province.

According to the Associated Press, the truck had been left in the middle of a narrow road for several days after insurgents opened fire on it.

Police had considered the area too dangerous to enter, and according to the AP the bus careened into the tanker before sunrise on Friday, with both vehicles bursting into flames

Passengers on the packed bus were travelling to join "Neishtar," a season that lasts for 15 to 20 days each April and which brings villagers from across southern Afghanistan to work in poppy fields.

The harvest — named for the small lance used to make incisions on poppy plants to let out the resin, which dries into solid opium residue — is lucrative for casual labourers.

However, Afghanistan also has some of the most dangerous roads in the world.

Javid Faisal, the Kandahar governor’s spokesman, denied reports that the tanker was set on fire by Taliban insurgents and then left burning in the middle of a road.