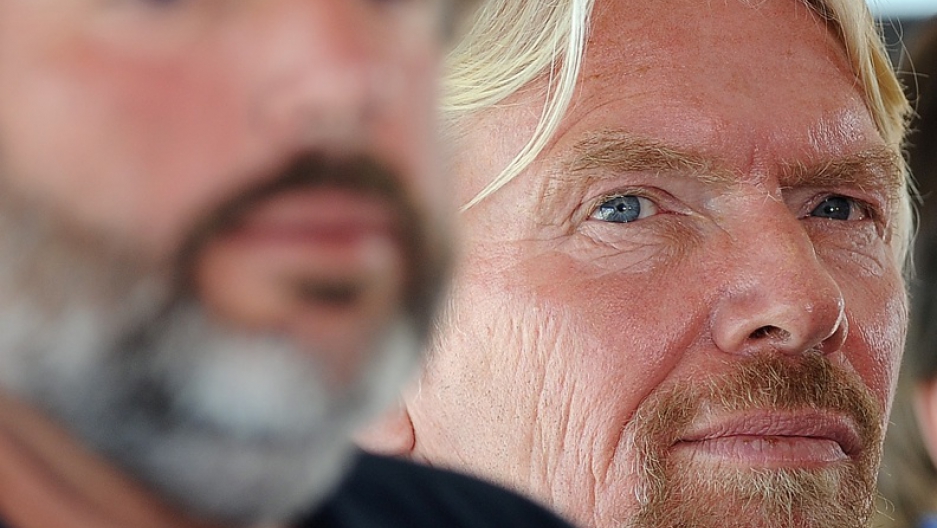 Sir Richard Branson and explorer Chris Welsh (L) attend a press conference in Newport Beach, California on April 5, 2011 to announce plans to take a solo piloted submarine to the deepest points in each of the world's five oceans.
Credit: Gabriel Bouys
Share

Miss, that gentleman over there wearing the foam neck pillow would like to buy you a drink. In an effort to promote its new route from Los Angeles to Las Vegas, Virgin America  has introduced  an in-flight system that allows passengers to send drinks to each other.

But in a twist that harkens back to junior high, the system allows you to flirt with the passenger of your affection without even looking at her or talking to her.

Instead, passengers can simply use the in-flight entertainment system to pinpoint the person they like, then have a drink, snack or meal sent over. Once you buy the hottie you like a drink, you can follow up with a text message to the seat,  WKMG reported.

Sir Richard Branson announced the launch of the new in-flight flirting  in a YouTube video. "Your chance of de-planing with a plus-one are at least 50 percent," he says. Alternately, your chances of getting inundated with more cocktails than you want and stalker-ish text messages are 80 percent.