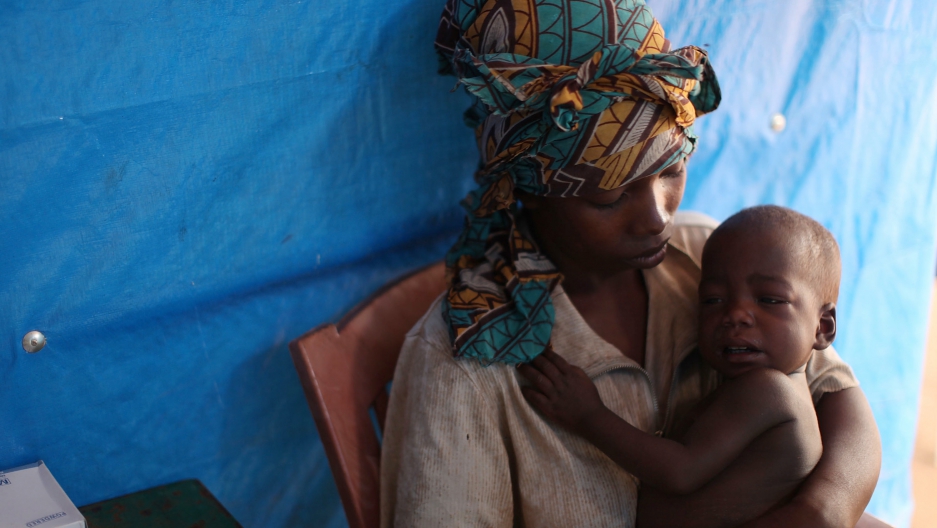 A Congolese woman and her malarial child speak with a doctor at the Makpandu refugee camp outside Yambio, south Sudan, on Jan. 14, 2011.
Credit: Spencer Platt
Share

CORTEZ, Colorado — World Malaria Day draws our attention to the grim fact that about a million people die every year from malaria in Africa, most of them children. Malaria also is a preventable and treatable disease.

The US Agency for International Development has a strong and growing program to fight malaria in Africa, but a way must be quickly found to avoid its collapse due to the recurring development of insecticide resistance by the mosquitoes that transmit the disease.

The president's Malaria Initiative of USAID is unique among our foreign aid programs. It has wide bipartisan support in Congress, aided by strong support for bed nets, and has successfully been expanded to15 African countries since 2005.

However to avoid a disastrous collapse similar to the one experienced by the World Health Organization's Global Malaria Eradication Program in 1970, it is urgent that USAID restores classical methods as part of its strategy against malaria.

These methods include improved housing, land reclamation, larviciding, and irrigation and hydroelectric systems. Over the last century, they have led to the eradication of malaria in the United States, Europe, the Mediterranean region, and parts of Southeast Asia. They are simple, economical and durable methods.

The American pioneer in this approach is Walter Reed. In 1898, he found that he could protect American troops in Cuba from mosquitoes and malaria by putting screens on their barracks.

Expanding this approach in Panama, William Gorgas successfully protected engineers and workers from malaria in the Canal Zone in 1910 by screening their houses and also by having the canal engineers drain coastal swamps that harbored mosquito eggs and larvae. When the entomologists showed him that malaria mosquitoes also bred in stagnant fresh waters, Gorgas then organized teams to spray the larvae with simple chemicals.

American entomologists and engineers added to this growing body of methods by fluctuating water levels in the new reservoirs of the Tennessee Valley Authority (TVA) in the 1930s, thus stranding the mosquito larvae on the shores where they dried out. Rural housing near the reservoirs was also improved by papering over holes in the walls and ceilings, and by putting screens on the windows and doors, completely excluding the malaria mosquitoes that were biting sleeping people. Malaria disappeared from the valley.

The US Centers for Disease Control and Prevention (CDC) successfully spread these techniques throughout the southern US and to the island of Puerto Rico, the first tropical area to be declared malaria-free by the WHO in 1962.

The larviciding technique pioneered by Gorgas in Panama was used to quickly eradicate an extremely dangerous African species of malaria mosquito that had invaded Brazil. Fortunately we now have more benign biological agents to spray on mosquito larvae.

There is no "silver bullet" against malaria, but we cannot ignore history and the fact that careful planning and execution of these classical methods have led to malaria elimination in many regions.

In response to the collapse of its global malaria program, which was based solely on drugs and the spraying of housing interiors with insecticides, the WHO established the Blue Nile Health Project in central Sudan in 1979.

It employed all available malaria control methods including water management, drainage and larviciding, a process of killing mosquito larvae. It also emphasized community education and cooperation. This integrated strategy lowered the malaria prevalence from 25 percent to 0.1 percent for the 10 years of the project, protecting over 2 million people at a very low cost.

For the past year, we — faculty and students from US universities, eight African countries, and Canada — have been engaged in the African Malaria Dialogues, in person and virtually, to examine the potential for improving the current attack on malaria. In order to preserve the unique potential USAID has to suppress malaria in Africa, we thus recommend the following additions to their current approach.

Permanent improvements in housing should be added to gradually replace the temporary effect of bed nets for protection against mosquitoes.

Last month it was documented in Zanzibar that the malaria mosquitoes have for the third time since 1950 become resistant to the biocides USAID sprays inside houses. Resistance led to the collapse of the first two USAID programs in Zanzibar, and now threatens the third. The use of bed nets and biocides should be supplemented with the classical methods of improving housing with tighter roofing, papering over holes in eaves and walls, and screening of windows and doors.

The strong and growing participation of religious groups around the world in donating bed nets for malaria control, and the recent success of inter-faith groups joining the fight against malaria in Mozambique and Nigeria, offers a whole new dimension to the fight against malaria, which USAID should assist. These inter-faith groups could organize work parties to fill and drain mosquito-breeding areas around homes.

We propose that USAID begin dialogues in the African countries where serious local efforts in malaria control have been started, to gradually develop an integrated African strategy with classical methods.

USAID should also request that participating countries expand their civil service positions for entomologists, epidemiologists and public health engineers so that they can gradually take up the fight for themselves. Several countries, especially those in southern Africa, already have strong capabilities in these areas, and they need encouragement.

We are at an important point in the fight against malaria in Africa. We must ensure continuity of the effort by using all available control methods in a careful combination. By adding classical methods to the drugs and insecticides currently in use, we can create a durable strategy, especially as Africa pursues increased development of its hydropower and irrigation resources with consequent malaria risks and opportunities.

William Jobin is the coordinator for the African Malaria Dialogues among faculty and students from several US universities and eight African countries, as well as the US and Canada. In 1979 he established the Blue Nile Health Project, fighting malaria in the major irrigated systems of central Sudan (contact at blue.nile@earthlink.net). In 2005 he helped USAID establish the first malaria control program of the Presidential Malaria Initiative in Angola.