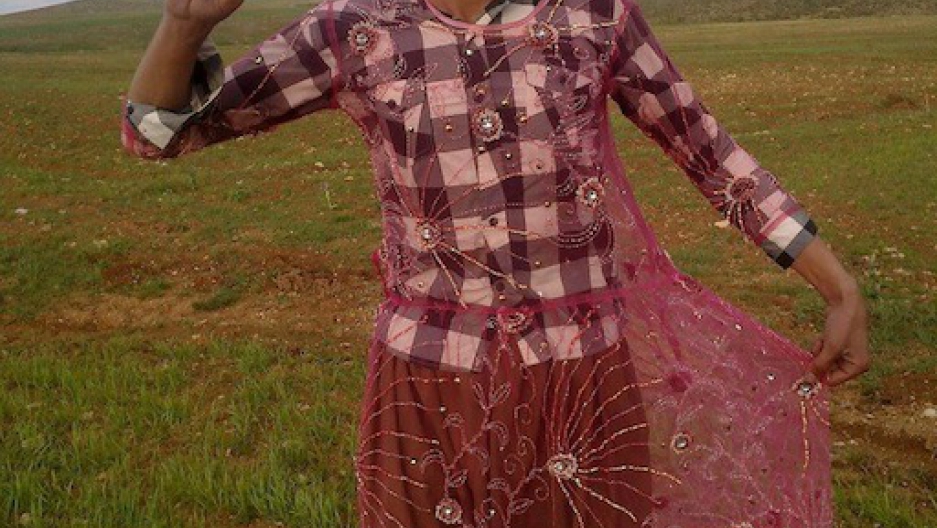 That walk was his punishment.

That's upset women and men alike who've been offended by the heavy implication that a man made feminine should be ashamed of himself.

In the days that have followed, protesters have taken to the streets and to the internet to voice their contempt for the outmoded concept behind the punishment.

Local feminist organization Marivan Women's Community was among those who responded. They led a march of more than one hundred women in a civil resistance campaign for gender equality.

Soon thereafter, an advocacy group called 'Kurd Men for Equality' joined the women in solidarity — but they took to social media rather than the streets.

Their tagline — ‘Being a woman is not a way for humiliation or punishment’ — has been emphasized by the visual component of their campaign, which features user-generated photographs of men (and some women) dressed in drag to oppose the sexist nature of Saman Rasoulpour's punishment.

The 'Kurd Men for Equality' movement has gained notable popularity and nearly 10,000 Facebook fans in the short time since its launch on April 18.

While Rasoulpour conceded that public humiliation is a common punishment for troublemakers, he emphasized that, ‘This is the first time in Iran that an accused is paraded in women’s clothes in the streets to humiliate him. It is unprecedented anywhere in Iran.’

So far, over 150 men have submitted photos of themselves in women's clothing and 17 members of Iran's parliament have even signed a letter sent to the the Justice Ministry condemning this sentence as 'humiliating to Muslim women," but a public apology has yet to be made by authorities and security forces in Iran have strongly criticized the campaign.