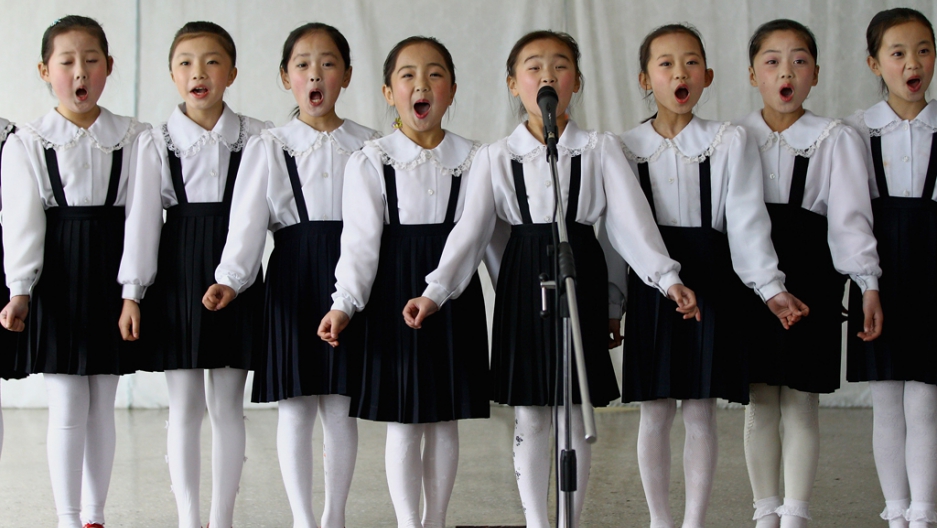 North Korean children perform in a primary school on April 2, 2011 in Pyongyang, North Korea. Pyongyang is the capital city of North Korea and the population is about 2,500,000.
Credit: Feng Li
Share

SEOUL, South Korea — I’m now reading an advance copy of Andrei Lankov’s upcoming book, "The Real North Korea: Life and Politics in the Failed Stalinist Utopia," due out from Oxford University Press on May 8.

It’s an incredibly detailed and timely insight into North Korean society. The Russian historian, who lived in Pyongyang as an exchange student in the 1980s, lays out how the government established — and continues to maintain — a tentacle-like reach in the everyday lives of North Koreans.

The country, he writes, has even surpassed the level of control that the Soviet Union witnessed under Stalin.

To make his point, Lankov offers sample questions from a math textbook. Can you solve these brain-numbing dilemmas?

Of course, not all the math problems are politically charged; many of them are completely innocent children’s games.

And despite the bizarre textbook ramblings, the scholar offers a second caveat: that North Koreans don’t always pay heed to the propaganda.

When living in North Korea myself, I could not help but find it remarkable how "normal" the daily lives usually were. North Koreans of the Kim Il Sung era were not brainwashed automatons whose favorite pastime was goose-stepping and memorizing the lengthy speeches of their Leaders (although these activities had to be a part of their lives).

A fascinating dichotomy, isn't it?