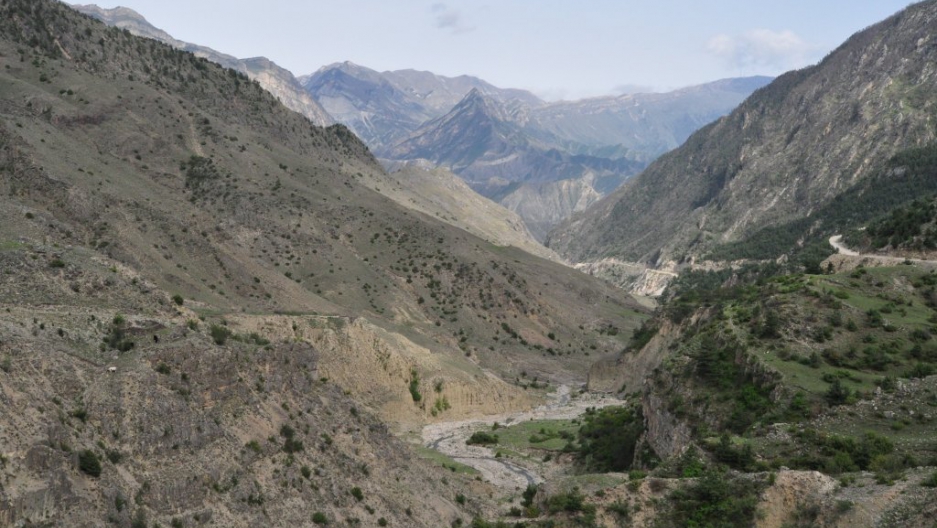 The Caucasus regions of Dagestan and Chechnya are home to dozens of ethnic groups, as well as a persistent Islamic insurgency. (Sergei Rasulov/News Team/GlobalPost)
Share Tweets and Facebook updates have made it abundantly clear many people didn't know the difference between one or the other after brothers Tamerlan and Dzhokhar Tsarnaev — the alleged Boston Marathon bombers — were reported to have Chechen ties.

To give the general public the benefit of the doubt, Chechnya isn't necessarily a hotbed of media coverage at the moment and we're not all Caucasus experts.

So here's an abbreviated guide:

1. Russia invaded the North Caucasus Mountains region and incorporated a number of territories into its empire beginning in the late 18th century and Chechens have rebelled many times since.

2. Although Islam has a large presence in Chechnya, not every Chechen is a Muslim. Anne Applebaum aptly wrote in Slate: "The Soviet Union was a multinational, multiethnic, multireligious state. Much of the post-Soviet world remains equally if sometimes uncomfortably mixed."

3. When reports of Tamerlan Tsarnaev's Muslim faith surfaced, accusations that the Boston Marathon attack was an act of radical Islamic terrorism were inevitable. Those claims have yet to be substantiated. 4. Chechnya has a large Muslim population and has been that way ever since the region started converting in the 16th century. 5. There are anywhere between 14.5 million to 23 million Muslims in Russia today and the country is projected to represent a third of Europe's Muslim community.

"Postfactual representation of Chechnya as an 'Islamic Republic' and of Chechens as ardent followers of Islam is a romantic simplification."

7. Islam is often at odds with Russia's institutional bias toward religion and was especially repressed under Soviet rule. Islam further fragmented after the end of communism.

8. Radical Islam was recently introduced to Chechnya, after Moscow launched the first of two brutal wars in 1994 to bring the separatist region under control.

Rian Rossetti contributed to this report.