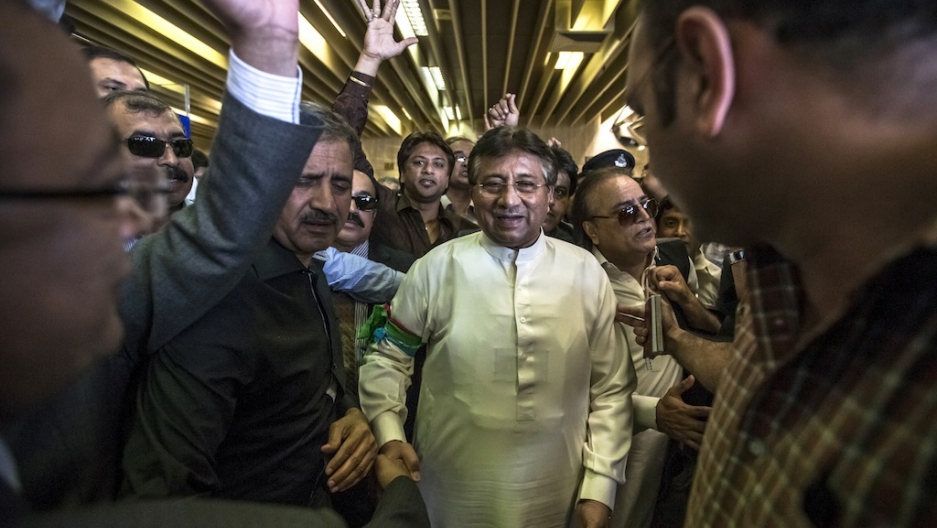 Former Pakistani military leader Pervez Musharraf has been remanded to judicial custody for two weeks by an anti-terrorism court, over allegations that he committed treason by detaining judges in 2007, as well as declaring a state of emergency and suspending the nation's constitution.

It appears as if Musharraf will be held at his luxurious farmhouse outside of Islamabad, which has been declared a "sub-jail," for the extent of the two week period, according to a Times of India report.

The 69-year-old former leader recently returned to Pakistan in a public bid to make a return to politics, but the effort hasn't exactly gone as planned.

He was barred from running for a seat in Parliament as he'd hoped on Tuesday, and by Friday, he'd been formally arrested over the aforementioned charges of detaining judges.

If Musharraf is prosecuted and sent to prison, he'd be the first army chief to suffer such a fate since Pakistan began 65 years ago, notes the Washington Post — and some worry that punishing Musharraf may draw the ire of the still-powerful military, who continue to view him as a member of the group.

Angry lawyers outside the Islamabad court demanded that the former leader be tried for treason, notes the BBC, as both supporters and detractors battled it out outside. Musharraf, for his part, continues to claim that the action against him is politically motivated.