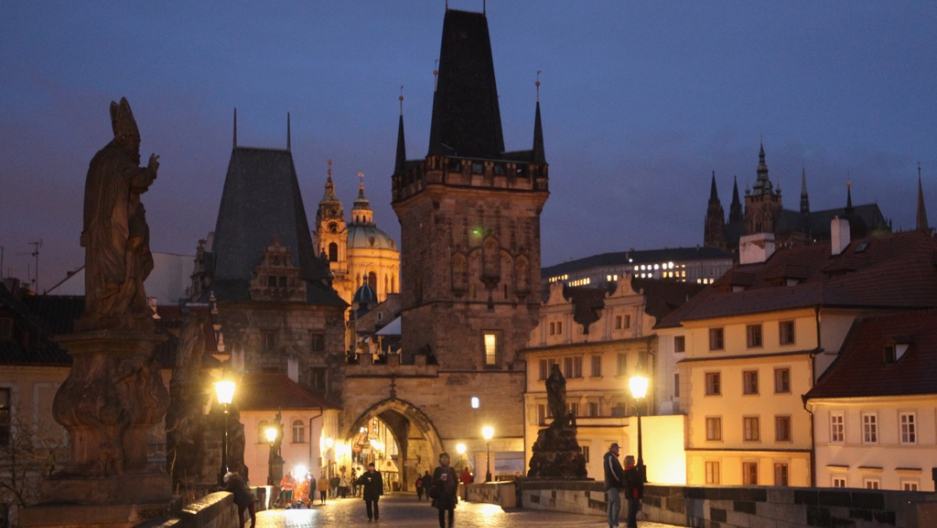 People walk across the Charles Bridge in Prague, Czech Republic. Prague is among Europe's most popular travel destinations and nearly 1,900 miles from Grozny, Chechnya. It seems some on Twitter confused the two countries during the manhunt for Boston bombing suspects Dzhokhar Tsarnaev, 19, and his 26-year-old brother Tamerlan.
Credit: Sean Gallup
Share

Americans please take note, Czech Republic is a once-troubled yet entirely peaceful ally tucked into the heart of Central Europe.

Chechnya is a restive Russian region that survived its most recent spate of bloody violence just a decade ago.

It remains a simmering section of the Caucasuses, itself a swirling mix of ethnicities, cultures and language.

As a side note, Twitter users, please verify your information before hitting “tweet.” You have no idea how fast your missives – no matter how well intentioned – can spread misinformation.

To this we offer several tweets lamenting the fact two suspects in the Boston Marathon bombings are from Czech Republic.

Nothing could be further from the truth. Dzhokhar Tsarnaev, 19, and his 26-year-old brother Tamerlan were born in Chechnya.

The confusion caught fire in Czech Republic, with at least one newspaper suggesting intensified geography lessons for American students.

The Czech ambassador to the United States decided that the accussations had become so intense it was time to issue a statement.

As more information on the origin of the alleged perpetrators is coming to light, I am concerned to note in the social media a most unfortunate misunderstanding in this respect. The Czech Republic and Chechnya are two very different entities – the Czech Republic is a Central European country; Chechnya is a part of the Russian Federation.

He also reaffirmed his country's commitment to fighting terrorism.

Here are some of the offending tweets, and the reactions vis-a-vis this misunderstanding: