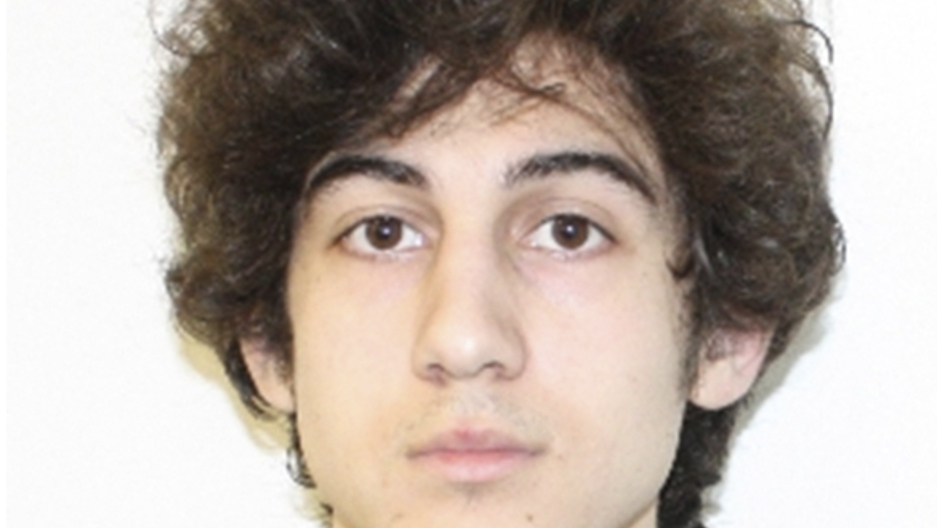 Suspect #2 in the Boston Marathon explosion is pictured in this undated FBI handout photo. Police on Friday killed one suspect in the Boston Marathon bombing during a shootout and mounted a house-to-house search for a second man in the suburb of Watertown, Massachusetts. REUTERS/FBI/Handout (UNITED STATES - Tags: DISASTER CRIME LAW TPX IMAGES OF THE DAY) THIS IMAGE HAS BEEN SUPPLIED BY A THIRD PARTY. IT IS DISTRIBUTED, EXACTLY AS RECEIVED BY REUTERS, AS A SERVICE TO CLIENTS. FOR EDITORIAL USE ONLY. NOT FOR SALE FOR MARKETING OR ADVERTISING CAMPAIGNS - RTXYS5P

Share
BBC — People across Boston and surrounding suburbs have been told to stay indoors amid a massive police manhunt for one of two brothers suspected of carrying out the Boston Marathon bombings. Police are hunting Dzhokhar Tsarnaev, 19, after he escaped a shoot-out where another suspect, his brother, died. "Stay indoors with the doors locked," the Massachusetts governor said. Three people died and more than 170 were hurt when two bombs exploded near the finish line of Monday's marathon. The FBI released several images of two men they were hunting in relation to the bombing, one wearing a white cap, the other a black cap. Police said "suspect number one" had been killed early on Friday, and they were looking for "suspect number two," the "white-capped individual," later named as Dzhokhar Tsarnaev. Reports said the black-capped suspect — widely named in the US media as Tamerlan Tsarnaev — was the fugitive's elder brother. Both are said to be of Chechen origin, and are reported to have moved to the United States about 10 years ago. Blast Wounds The manhunt began late on Thursday when a police officer was killed on campus at the Massachusetts Institute of Technology (MIT). Two men carjacked a driver at gunpoint and drove away with the driver still in the car. They released the man unharmed. Police chased the suspects, who threw bombs and exchanged gunfire with police, seriously wounding one officer. In the Boston suburb of Watertown, officers and the men were involved in a gun battle lasting 10 minutes, according to witnesses. The authorities in Massachusetts Bay have suspended the transport system and no vehicles are being allowed in or out of the Watertown area. The warning to stay indoors was later extended to the whole of Boston, in what correspondents said was an unprecedented move. "Stay indoors with the doors locked, and do not open the door for anyone other than a properly identified law enforcement officer," Massachusetts Governor Deval Patrick said on Friday morning.