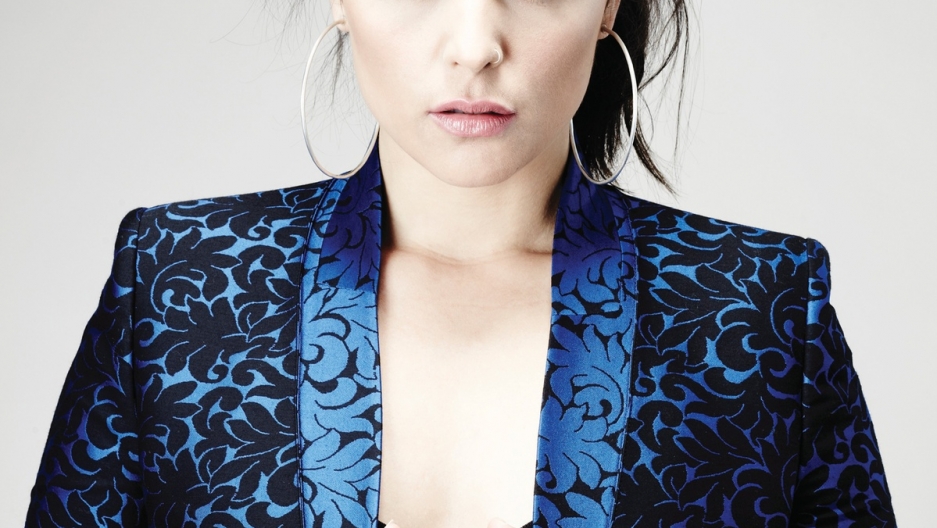 South London is like the Brooklyn of Britain. In the past few years, that part of town has churned out pop stars like Adele, Florence Welch (who made a big splash with Lungs), and now Jessie Ware, whose album Devotion finally comes out in the United States this week after great success in the UK.

Unlike Florence and Adele, Jessie Ware never saw herself in the spotlight. She made a slow transition into music from journalism, first singing back-up for friends, then breathing heavily over dance tracks by London DJs, to writing her own songs. Eventually, her small steps won her a record contract. "I had a bit of a freak out, but it meant that I just had to get on with it," she tells Kurt Andersen. She's still conquering her unease with the stage. "I was quite an apologetic performer at the beginning," she says, wondering, "'Is it self-indulgent? How do I keep them interested?' Now I'm selling out shows, so hopefully they know some of the songs and they like them."

With the help of a few choice collaborators, Ware was able to realize her vision --- a winning combination of soulful singing and highly polished beats influenced by her roots in the UK's thriving electronic dance music scene. But Kurt notes that her style harkens back to 1980s divas like Whitney Houston and Annie Lennox, artists she grew up listening to in the back of the car.

Being friends with stars Adele and Florence can't hurt; Kurt suggests they form a supergroup. "Who would get lead?" she jokes, before conceding. "It would have to be Adele. I'd be happy to be backing singer."