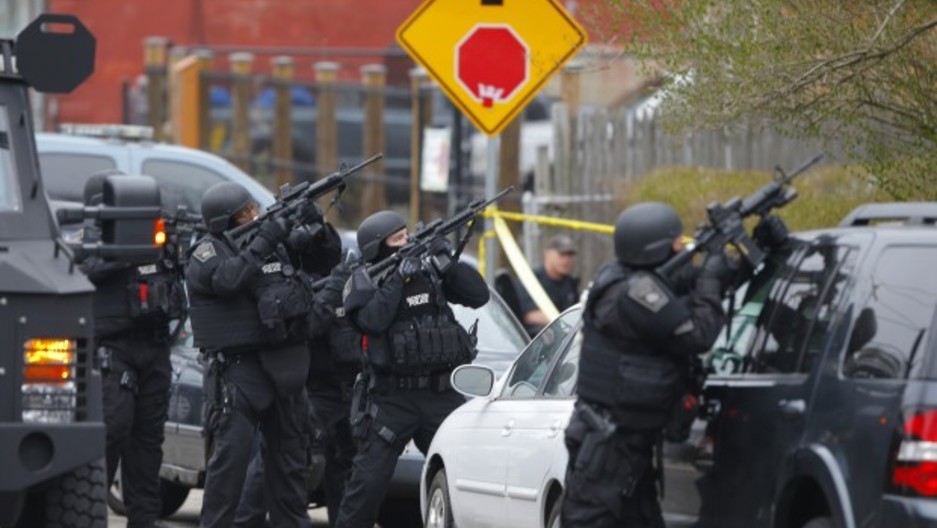 Police officers take position during a search for the Boston Marathon bombing suspects in Watertown, Massachusetts April 19, 2013. Police on Friday killed one suspect in the Boston Marathon bombing during a shootout and mounted a house-to-house search for a second man in the suburb of Watertown after a bloody night of shooting and explosions in the city's streets. REUTERS/Brian Snyder (UNITED STATES - Tags: CRIME LAW) - RTXYS4P