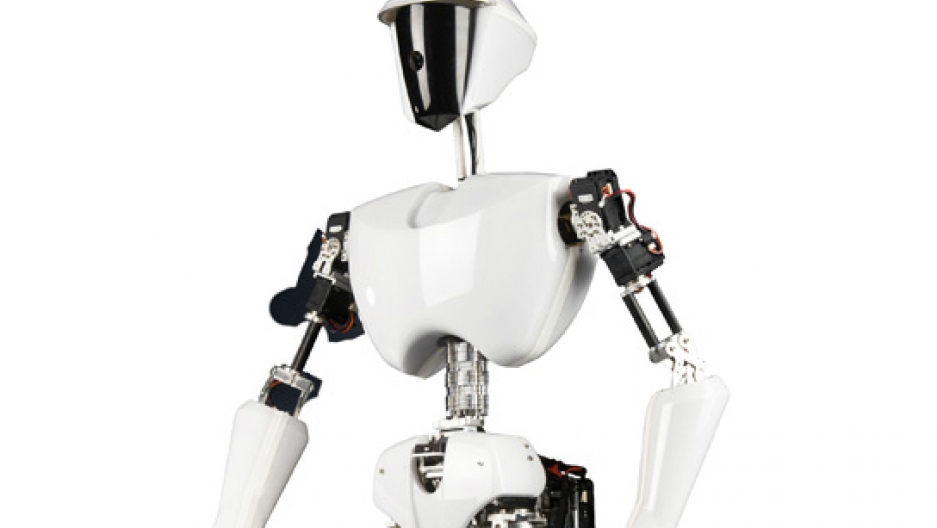 This is CHARLI, the humanoid robot who dances Gangnam Style. (Photo courtesy of IEEE Spectrum Magazine.)

Editor's Note: This story comes from a collaboration with IEEE Spectrum Magazine.

Our humanoid friends and help-mates have just celebrated National Robotics week - with special events such as a Robot Zoo, and a Robot Block Party.

They may be the stuff of science fiction, but robots are now widely used in industry. And more and more they take on such dangerous tasks as defusing bombs or flying aircraft over hostile territory.

Smoke billows at the Los Angeles Korean Festival, rising from enormous grills, skillets of dumplings, fried potato pancakes — for a one weekend a year, a small park in central Los Angeles becomes a fairground. Vendors sell food, Korean groceries, and makeup. And L.A.’s Korean population — the largest outside Korea — turns out by the thousands.

But in one corner, the hubbub is something quite different.

They’re getting him ready for his big stage act later in the afternoon at the festival. His white chest plate is removed, exposing his CPU, the hardware that is the brain of the robot. He has white arms and a smallish, egg-shaped plastic head with a black faceplate. But apart from those, he looks like a contraption from an advanced erector set — all gears, motors, and metal beams.

Since Hong founded the lab in 2004, RoMeLa — the Robotics & Mechanisms Laboratory at Virginia Tech — has moved increasingly toward humanoid robots.

That's not on accident, Hong says.

CHARLI was America’s first full-size humanoid when he was created back in 2010. Compared to newer bots like Honda’s Asimo, CHARLI’s sort of the cheap-and-cheerful type — he weighs just 30 pounds, and he’s designed to be one of the cheapest humanoids out there.

He's also, it turns out, the robot soccer champion.

"It’s got a couple of sensors. One is a standard USB webcam that’s in his head that he uses to look around, find ball on the field, find the lines on the field so he can figure out where it is and locate the goals," said doctoral student Bryce Lee. "Then it figures out how it wants to move in order to kick it to score. It’s also got an inertial measurement unit, kind of like your inner ear, a balance sensor that it uses to figure out if its tilted forward a little bit so it will compensate by tilting itself backwards."

But CHARLI hasn’t flown all the way to L.A. from the lab’s home at Virginia Tech to play soccer. He’s here to show off his dance steps.

The Korean pop song “Gangnam Style” had only weeks prior become a global sensation, and CHARLI has been taught to do its signature dance. There’s only one problem. The night before, instead of busting a move, CHARLI busted a motor. But the grad students assure the audience he'll be ready for his big debut.

As the students get CHARLI ready for his debut, all seems to be working. He’ll be operated by remote control, but still there are myriad things that could go wrong.

His feet set wide, he starts with the side-to-side rocking…then some galloping, feet firmly planted…culminating in the lassoing motions of the song’s music video. It’s a hit — but this is merely the rehearsal.

Hong's convinced that humanoids will become an increasingly regular part of our everyday lives.

"2030, for example, you buy something online, and it’s not going to be a brown truck delivering your boxes but probably unmanned aerial vehicles that’s going to drop this package in front of your door," he said.

Still, robots will be far too expensive for ordinary domestic use, Hong says.

The thing that will hold them back, he says, is its physical nuts and bolts. Some things just won't be physically possible. But, it turns out, dancing to Gangnam Style is perfectly within his means.

CHARLI’s feet spread wide, the music started while cellphone cameras waved in the air. CHARLI executed every move perfectly, the audience bobbing along in time. The video was plastered on YouTube.

You could even call it a vision of the future.