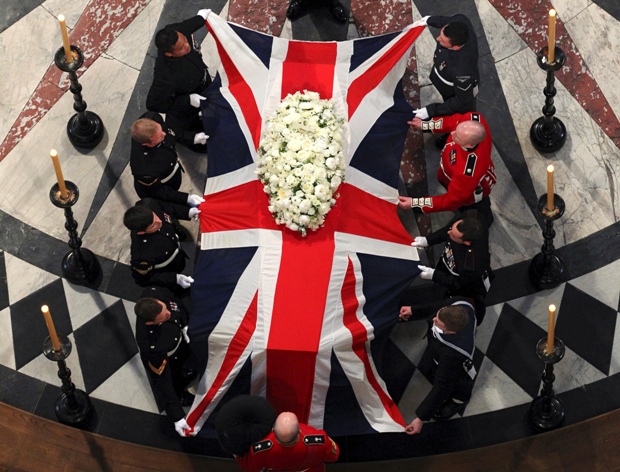 The coffin of Margaret Thatcher leaves St Paul's Cathedral after her funeral service in London. Thatcher's election as British Prime Minister is one of several events that mark 1979 as a turning point in history, according to author, Christian Caryl . (Ph

The funeral for Margaret Thatcher took place in London on Wednesday.

The ceremony for the former British Prime Minister was almost at the level of a state funeral.

And as expected, her service attracted some protesters along the route.

Journalists fond of cliches might say this was the end of an era.

It's not, but a new book argues that the year of her election, 1979, was one of those epic turning points in history; like 1789 — the year of the French Revolution.

The book is called "Strange Rebels: 1979 and the Birth of the 21st Century", and the author is Christian Caryl.

It's when markets and religion burst back upon the world stage, from relative obscurity.

Besides Margaret Thatcher coming to office and launching her revolution in privatization, it's when Deng Xiaoping began economic reform in China.

It's also the year the Islamic revolution in Iran swept Ayatollah Khomeini to power, and the year Pope John Paul II made his historic trip to Poland.

The Moral Majority was formed in the United States and Russia invaded Afghanistan and spawned the Mujahedin.