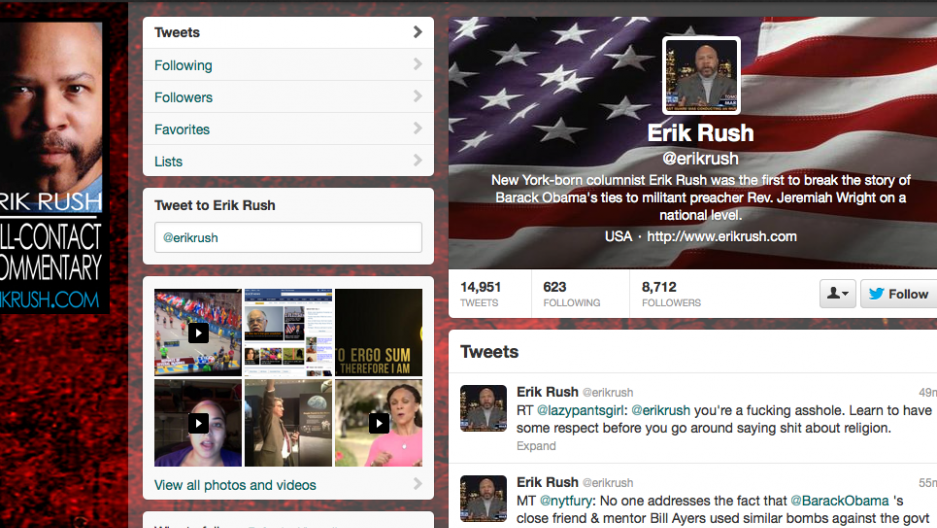 A tweet by conservative columnist Erik Rush — that all Muslims should be killed in response to the Boston Marathon bombings — has set off a firestorm of debate on Twitter.

The hashtag #muslims was trending as pro- and anti-Islamic voices weighed in.

In what was widely described as a "joke," Rush tweeted:

When a responder tweeted, "Are you ALREADY BLAMING MUSLIMS??" Rush responded:

He later tweeted that he was being sarcastic.

However, when a predictable flood of abuse, shocked disgust and the occasional encouragement came, Rush appeared defiant, retweeting the more profane of the responses.

Here is a cross section that we found representative of the reaction.