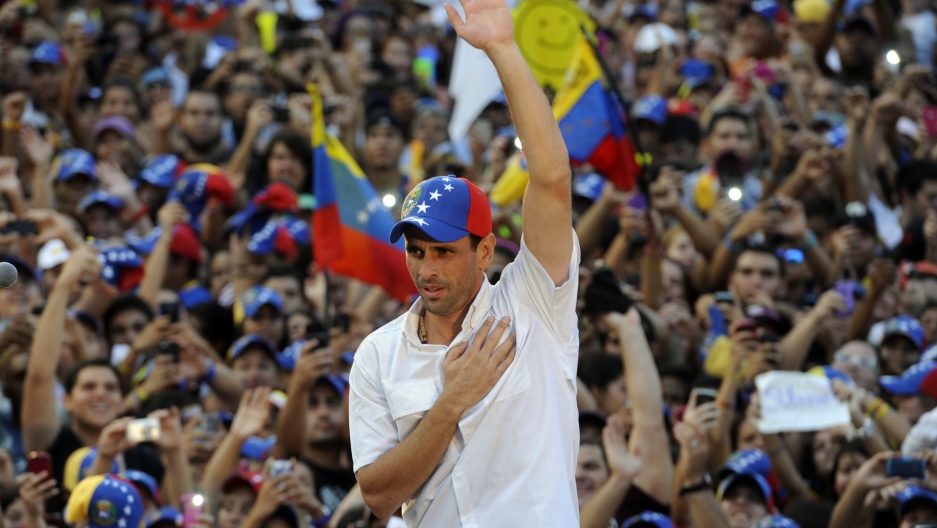 Student-led demonstrations in Caracas on Monday drew tear gas and plastic bullets from National Guard troops seeking to quell election-related violence in Venezuela, according to the Associated Press.

Angry protesters hurled chunks of concrete and stones at government troops at a highway outside the capital, giving vent to frustrations over perceived fraud in Sunday's presidential vote, reported Al Jazeera.

The protesters were headed toward the government headquarters in the western part of the capital, said AP. Venezuela's National Electoral Council already announced a win by Nicolas Maduro, whose leadership was clearly favored by former leader Hugo Chavez.

Capriles says the election was rigged and threatened more protests on Tuesday if the government does not commit to a recount, reported CNN.

“I want to tell the candidate of the government: Today you’re the loser and I’m telling you this unequivocally," CNN cited Capriles as saying. "You are the loser, you and your government,” he said, vowing not to recognize the results “until each vote of the Venezuelan people has been counted."

The White House voiced tentative support for the opposition on Monday, with spokesman Jay Carney telling reporters an audit "seems like an important and prudent step to take," according to CNN.

The election in Venezuela is being closely watched for potential changes to the socialist policies of longtime leader Chavez, who died in March.