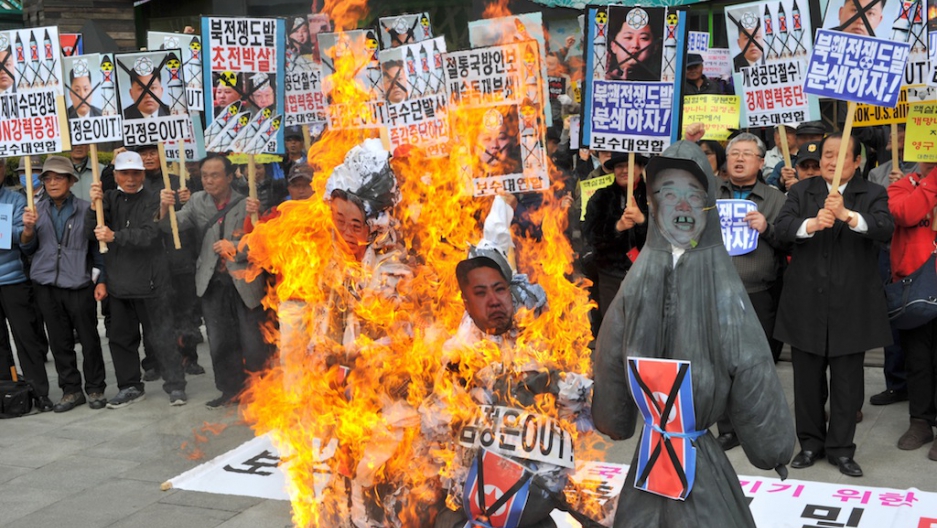 While North Korea marked the birth of its founder Kim Il Sung with flowers and the usual show of reverence, a group of South Koreans burned effigies of the Kim family on Monday.

It was suspected that the North would during its celebrations launch a missile test, inflaming already high tensions in the Korean Peninsula. But South Korea said there had been no signs of a missile launch.

"North Korea is not believed to have launched a missile on the occasion of the Day of the Sun of which today's is the 101st," said defense ministry spokesman Kim Min-seok.

"But the military is not easing up on its vigilance on the activities of the North's military with the view that they can conduct a provocation at any time," Min-seok added.