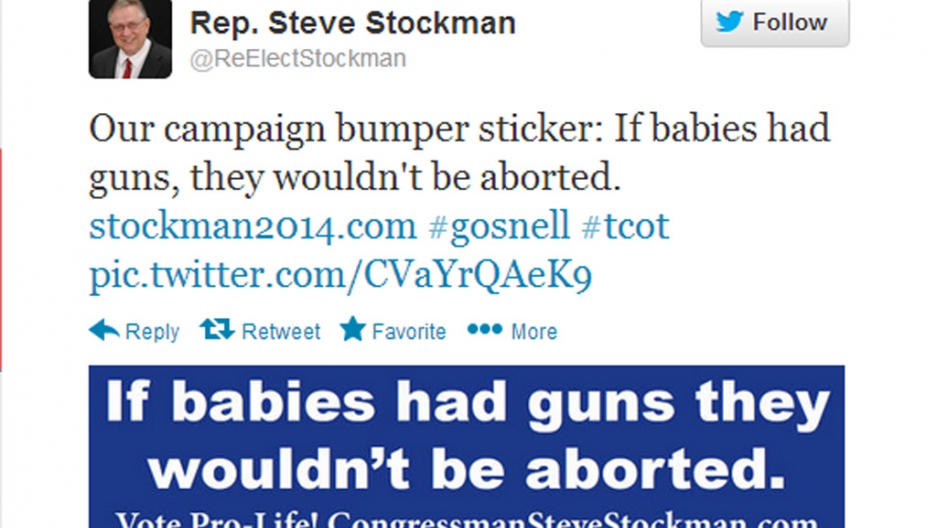 "If babies had guns they wouldn't be aborted," the sticker released late last week reads.

More from GlobalPost: Ted Nugent to attend State of the Union (VIDEO)

Stockman debuted the sticker, which combines his pro-gun and pro-life beliefs, in a tweet on Friday.

Stockman invited noted gun enthusiast and Obama hater Ted Nugent to the State of the Union address earlier this year.

The Texas conservative also recently invited all gun owners and manufacturers who feel “unwanted” and “persecuted” by their states' gun control legislation to move to Texas.

His invite came one day after Connecticut Gov. Dannel Malloy signed a comprehensive gun control package into law in that state.