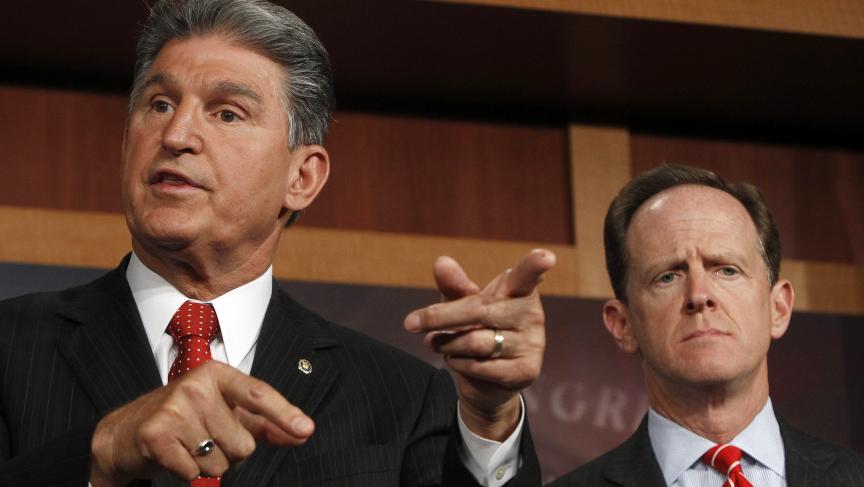 Congress is being tested, and it looks as though lawmakers have studied up on actually taking votes in the House and Senate.

With procedural wrangling out of the way, the paths seems to have been cleared for up or down votes on both gun control legislation and immigration reform.

On immigration reform, a number of Republican senators have said they won't support a filibuster to keep the legislation from being put up for a vote, however it remains to be seen if they will support the bill itself. And on gun control, Sen. Joe Manchin, D-W.Va., and Sen. Pat Toomey, R-Penn., announced a deal to expand background checks to more gun sales.

"This is the deal Republicans and Democrats in small groups have been pursuing for well over a month, closer to two months, once it became clear that assault-weapons bans and high-capacity clip bans weren't going to work out in the Senate, and won't pass," Zwillich said. "They appear to have a deal."

The new legislation would require background checks for all commercial gun sales, including at gun shows. It would exempt giving guns as gifts and any private transfers as well.

It remains to be seen, however, whether the bill has any prospect of passing the Republican-controlled House of Representatives, though, Zwillich said.

But even getting the bill to the floor of the Senate is a major shift. For months, Republicans have used Senate rules to keep unfavorable bills off the floor, even if a  majority of Senators approve of them.

"A lot of Republicans have gone on record and are sensitive to the fact that the public seems to have digested what has become normal in the Senate, which is delay tactics and obstruction. And they don't want to be seen as standing in the way of even a debate, when the president is in Connecticut, with parents from Newtown, grabbing the mantle of doing something on gun control when the families appear to be on his side," Zwillich said.