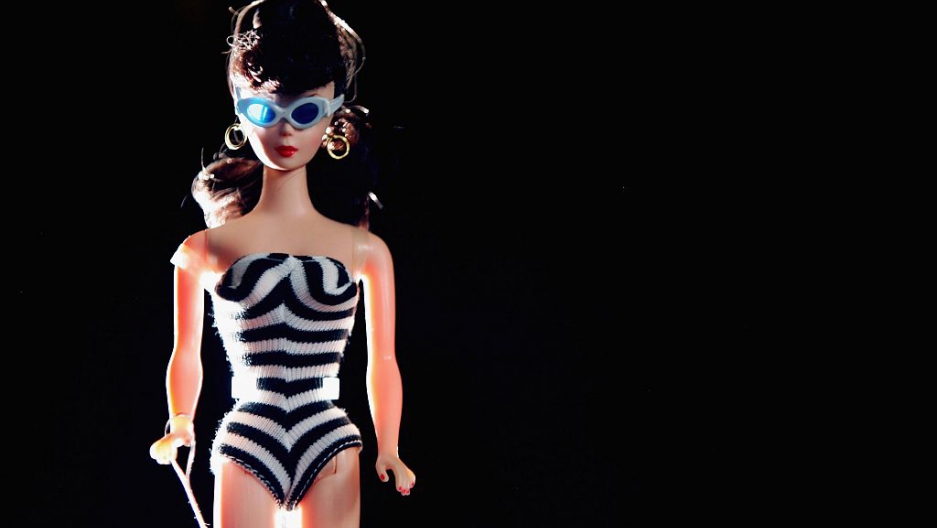 A Barbie doll is pictured at Leuralla NSW toy and railway museum, as the iconic doll approaches her 50th birthhday May 18, 2007 in Sydney, Australia. First launched at the New York Toy Show in 1959, Barbie has now become the largest selling toy ever produced. Barbie has worn the outfits of the great designers such as Dior, Ralph Lauren, Armani, Versace and many others, and has seen a career of almost 50 years of dramatic social, cultural and political changes. (Ian Waldie/Getty Images)
Credit: Ian Waldie
Share
#reactionDiv_gig_containerParent { display:none; }
Watch More News Videos at ABC | 2012 Presidential Election | Entertainment & Celebrity News

Since her debut in 1959, Barbie has reigned supreme as a social and cultural icon, firmly cementing her place in the hearts, minds, and toy chests of children across the United States and the world.

And while little girls the world over have fallen in love with the doll for decades, Mattel's plastic pin-up has consistently come under fire for issues related to her appearance.

Yes, like many other celebrities, Barbie has been forced to endure the harsh glare of the spotlight. And while the criticisms have often stemmed from concerned parents' discontent with Barbie's decidedly adult figure or her unattainable beauty standards — more recently the negative Barbie-related chatter has been aimed at Mattel's "Dolls of the World" Collection, for its promotion of incorrect or insensitive racial stereotypes.

Launched in 1980, the "Dolls of the World Collection", is the largest and longest-running series in the history of the Barbie brand, Mattel spokeswoman Stefani Yocky said yesterday.

The doll line features Barbies who hail from all parts of the globe — and while each doll represents a different nation and has been assigned their own distinctive cultural flavor — the Mexico Barbie has prompted the most negative feedback.

According to the doll's description on Mattel Inc.'s website, the Mexico Barbie Doll is "dressed for a fabulous fiesta in her vibrant pink dress with ruffles, lace and brightly colored ribbon accent." A steal at only $29.95, she's sold with a pet Chihuahua, a passport and a sticker sheet to record her travels.

Critics contend that the "Dolls of the World" line, and Mexico Barbie in particular serve as a way to reinforce, rather than dismantle, negative stereotypes about cultures throughout the world.

What does Mattel have to say about this scathing charge?

Spokeswoman Stefani Yocky stated: "Our goal with the "Dolls of the World" Mexico Barbie, as well as the entire Dolls of the World Collection, is to celebrate cultural differences and tradition, introducing girls to the world through play."

@lacreid Mexico Barbie is 1 of 100 Barbie Dolls of the World. Current dolls wear a country-inspired outfit & have a passport & animal.

But some critics have been unmoved.

Below is a collection of comments found on Twitter regarding Mattel's Mexico Barbie:

[View the story "Mexico Barbie: Negative stereotype or a step in the right direction?" on Storify]