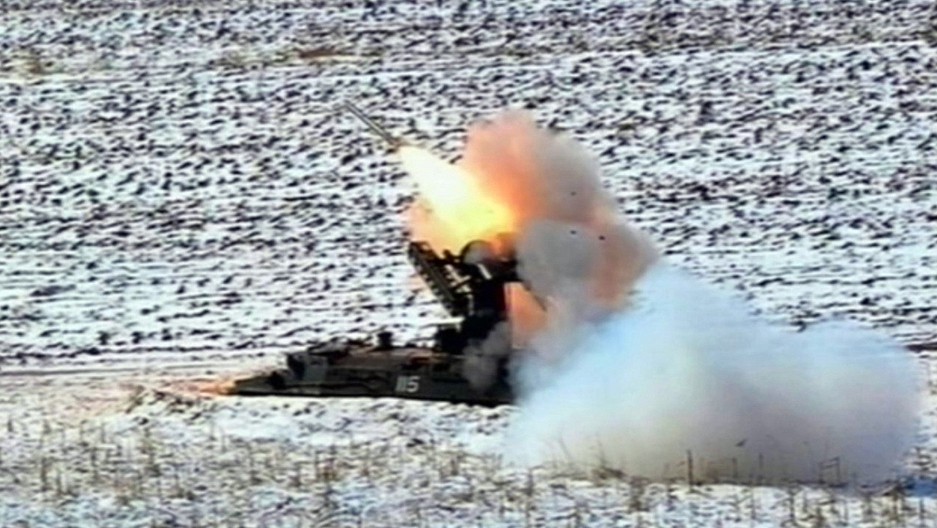 SEOUL, South Korea — North Korea likely has the ability to place a nuclear warhead on a ballistic missile, but the weapon may not be reliable, according to an assessment by the US military's spy agency revealed Thursday.

The Pentagon's Defense Intelligence Agency's findings, revealed at a congressional hearing by a Colorado lawmaker, mark the US government's first public confirmation that Pyongyang may have succeeded in its effort to miniaturize a nuclear device that could be fixed on a ballistic missile, the Agence France-Presse reported.

News of the report broke just as global anxieties were rising about a seemingly imminent missile launch by the government of Kim Jong Un.

North Korea was moving its missiles around apparently trying to confuse outside intelligence monitors ahead of an expected launch, the Korean news wire Yonhap reported Thursday.

"There are signs the North could fire off Musudan missiles any time soon," an intelligence source told Yonhap.

"But the North has been repeatedly moving its missiles in and out of a shed, which needs close monitoring."

Foreign ministers of the Group of Eight industrialized nations on Thursday vowed to take "further significant measures" if Pyongyang were to conduct another missile launch or nuclear test.

The group also condemned North Korea's "current aggressive rhetoric," saying it would "only serve further to isolate the DPRK," British Foreign Secretary William Hague said on behalf of the group following their meeting in London.

North Korea may be preparing a missile launch timed to coincide with the April 15 national holiday of founding father Kim Il Sung, worrying international observers and continuing the international exodus from the Kaesong industrial complex.

"In the past, North Korea has launched missiles in early morning hours seeking 'a surprise effect.' So both South Korea and the US forces are operating intelligence assets 24 hours," said South Korean Defense Ministry spokesman Kim Min-Seok, according to ABC News.

North Korea claimed it had prepared "powerful striking means" for an imminent launch, while some reports claim that missile launchers had been moved into firing position — likely containing the untested Musudan missile, which could potentially hit US positions in both Guam and Japan.

A rumor on Twitter of a North Korean invasion caused some to panic Thursday. But the short-lived terror only spread in South Korea, and didn't make its way to the West.

A false report, put up at 9 p.m. on Wednesday, claimed that North Korean forces had launched an incursion in Gyeonggi province in the northernmost area of the South.

The false rumor went viral quickly because of the subtle and edgy fears of South Koreans — that their northern neighbor could launch some unpredictable attack on the country.

Most South Koreans, however, have reacted calmly to the North's string of threats.

But many have fresh memories of the 2010 attacks from North Korea: the sinking of a naval corvette and, shelling the island of Yeongpyeongdo, together killing 50 South Koreans.

The US State Department has said there's no need for Americans to leave South Korea.

Americans interviewed by GlobalPost in Seoul over the past week has said they have no plan to leave. However, NKNews reported that a handful of Americans are packing their bags.

US Secretary of State John Kerry is preparing to head to Seoul and Japan to discuss the worsening situation with officials, as the South deploys military interceptors and keeps a watchful eye on its radar systems.

North Korea also figured high on the agenda at a G8 meeting of foreign ministers in London on Thursday. US Defense Secretary Chuck Hagel warned that North Korea was "skating very close to a dangerous line."

"On North Korea we have no differences with the United States," said Lavrov. "One just shouldn't scare anyone with military manoeuvres and there's a chance that everything will calm down."

Particular international attention has been paid to the saga of the profitable industrial park that the Koreas operate jointly in the North Korean town of Kaesong.

The North, also known as the DPRK, has reportedly blocked part of the zone and continues to threaten to close it entirely, according to Xinhua, after withdrawing all of its employees from the area.

But on Thursday, Seoul authorities softened their discourse, calling on the North to come to the negotiating table to discuss resuming the operations.

“The normalization of the Kaesong Industrial Complex should be dealt with through dialogue. To discuss things North Korea wants, the authorities there should step forward for talks,” South Korean Unification Minister Ryoo Kihl-Jae said, according to regional news wire Asianet.

Heads of some of the South Korean firms operating at Kaesong offered to send a private delegation to the North to engage in dialogue about the conflict.

Yet authorities in Pyongyang, the North's capital, point blame squarely at the South.

"The current power-holder in the South can never be able to shake off responsibility for having Kaesong, which survived even the traitor Lee Myung-bak's term in office, all but closed," said a North Korean spokesman to the North Korean official news agency, according to a Xinhua report.