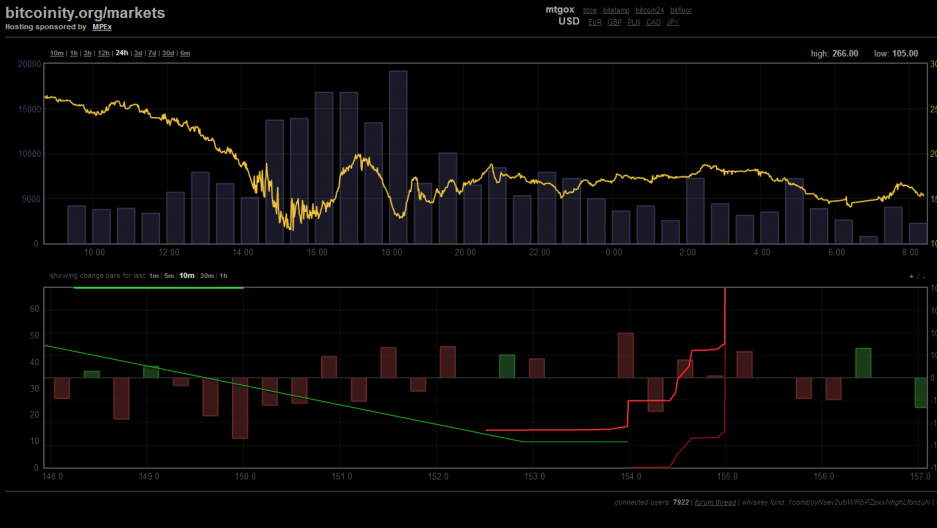 The virtual currency Bitcoin suffered steep devaluation on Wednesday, falling from $266 to $105 and inducing a sell-off before leveling out at $120 on Thursday.

While many were quick to declare an end to the Bitcoin bubble, Bitcoin has still retained significant value. Even following Wednesday’s panic, Bitcoin’s value has still increased by approximately $20 since its April 1 valuation at $100.

"Most transactions are still coming from affluent regions, like the United States and northern Europe. What we are seeing is not a Cyprus bubble," Bitcoin foundation member Jon Matonis pointed told the Guardian.

Mt. Gox, the world’s largest Bitcoin currency exchange, explained that a large influx of new accounts early Wednesday caused their system to experience heavy amounts of lag. In spite of calls to remain calm, as the time for transactions to process lengthened, users — suspecting a market crash — began selling large amounts of Bitcoin.

“… We would like to reassure you but no we were not last night victim of a DDoS but instead victim of our own success!” read a statement released by Mt. Gox on Thursday.

“Indeed the rather astonishing amount of new account opened in the last few days added to the existing one plus the number of trade made a huge impact on the overall system that started to lag. As expected in such situation people started to panic, started to sell Bitcoin in mass (Panic Sale) resulting in an increase of trade that ultimately froze the trade engine!” read the statement.

Bitcoin users were quick to condemn Mt. Gox for waiting until hours after the crash to inform users why transactions were so slow — since that slowness had only worsened the panic.

Calling Mt. Gox a de facto Bitcoin central bank, many users are encouraging other Bitcoin advocates to take their business to other currency exchanges, hoping to avoid another crash induced by a lack of information from exchange platforms.

“Right now MtGox acts more and more like a central bank. It sets the price of Bitcoin. If it breaks, the price breaks too (goes down). And again people start talking about decentralized exchanges. We already have a lot of exchanges. Just start using them! Arbitrage traders/bots will do the rest,” wrote one user of bitcointalk.org, a popular Bitcoin discussion forum.

Users across the internet also called on the Bitcoin community to begin using alternatives to Mt. Gox.