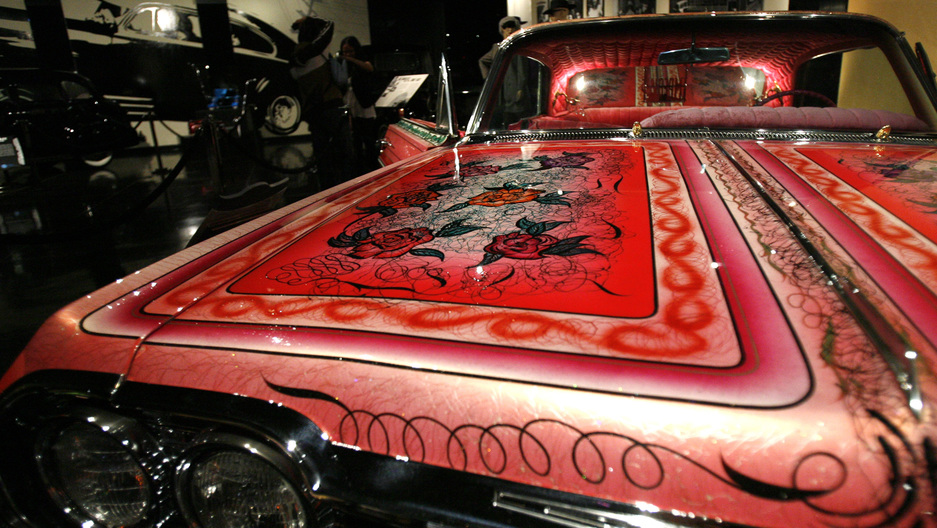 A 1964 Chevrolet Impala is displayed as part of the "La Vida Lowrider: Cruising the City of Angels" exhibition at Petersen Automotive museum in Los Angeles November 6, 2007. REUTERS/Mario Anzuoni

The Mexican-American subculture of lowriding car culture with roots in Los Angeles has spread around the world from Japan to Brazil.

There is even a Japanese lowriding magazine about LA Chicano and Chicana studies professor Denise Sandoval grew up near the mecca of lowriding in East LA and has been studying the global spread of the lowriding.

Anchor, Marco Werman speaks with Sandoval about how this subculture has gone global. We also spoke with journalist Phuong-Cac Nguyen who recently spent three months documenting the car subculture in Brazil.

Check out our interview with Nguyen and a clip of the film, 'South American Cholo' Finally, here's the video for the Japanese lowriding song featured on the show: MoNa a.k.a. Sad Girl's tune, 'Azucena.'