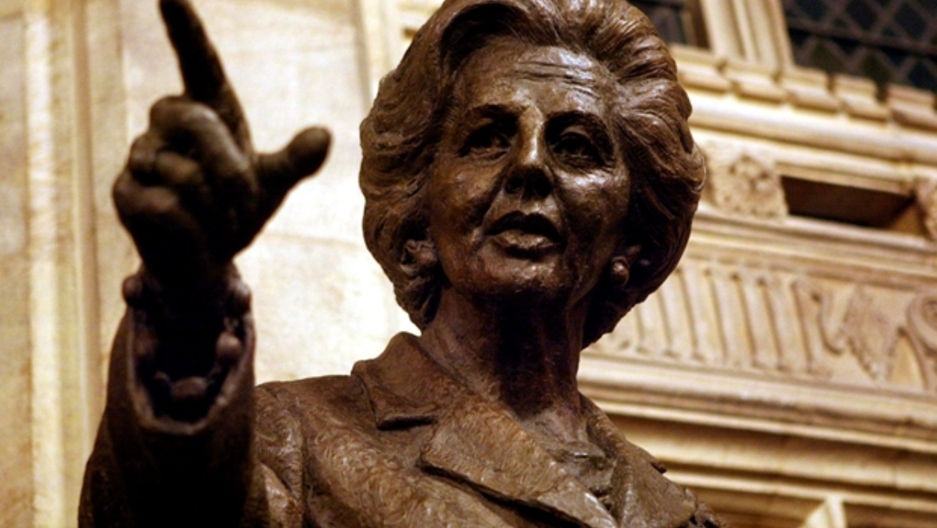 Share
Outside Britain and the US, opinions about Margaret Thatcher are divided. For many in eastern Europe, Thatcher's legacy is clear. "She was for me and for many people in this country, in the Czech Republic, really one of our heroes. She was an inspiration for us." That's former dissident and later president of the Czech Republic, Vaclav Klaus. He credits Thatcher, as well as Ronald Reagan, for the fall of communism. But for Klaus, Thatcher's appeal went well beyond the Cold War. "What we wanted after the fall of Communism was to introduce individual freedom, free markets," Klaus says. "We tried to fight against the expanding state, against government regulation of all kinds. And in this respect those are Margaret Thatcher's slogans. And her politics. So we were very happy with the fact that she supported always our changes, our reforms and I'm afraid that no one in Europe understood our efforts as well as Margaret Thatcher." Thatcher's pioneering role as a woman in politics also inspired admiration around the globe. Here's Ellen Johnson-Sirleaf, the first woman to become president of Liberia. "I think she was a role model because she came at a time when women('s) participation and women('s) leadership was in scarce supply and because of her, many of us were inspired. Inspired to be strong, inspired to follow her footsteps in leadership." Johnson-Sirleaf was also the first elected female head of state in all Africa. Thatcher wasn't exactly diplomatic in conducting government business. But when it comes to relations with China, she was at least a realist, as The World's Mary Kay Magistad recalls. Magistad says Thatcher arranged for the hand over of the British colony of Hong Kong to Beijing. In another part of the globe – Latin America – it's Thatcher's decision to go to war over the Falkland Islands that dominates her legacy. The BBC's Vladimir Hernandez in Argentina says "for many in Argentina the name Margaret Thatcher brings immediate memories of the Falklands War. Argentina claims sovereignty over the islands, which it calls The Malvinas and the issue remains a highly sensitive one. Many Argentines feel resentment over her controversial decision to authorise the sinking of the warship General Belgrano during the war, which caused the death of over 300 Argentinian sailors." Predictably, the reaction from the Falklands Islands themselves is quite different. The legislative assembly of the Falkland Islands said today Margaret Thatcher's "friendship and support" would be "sorely missed."