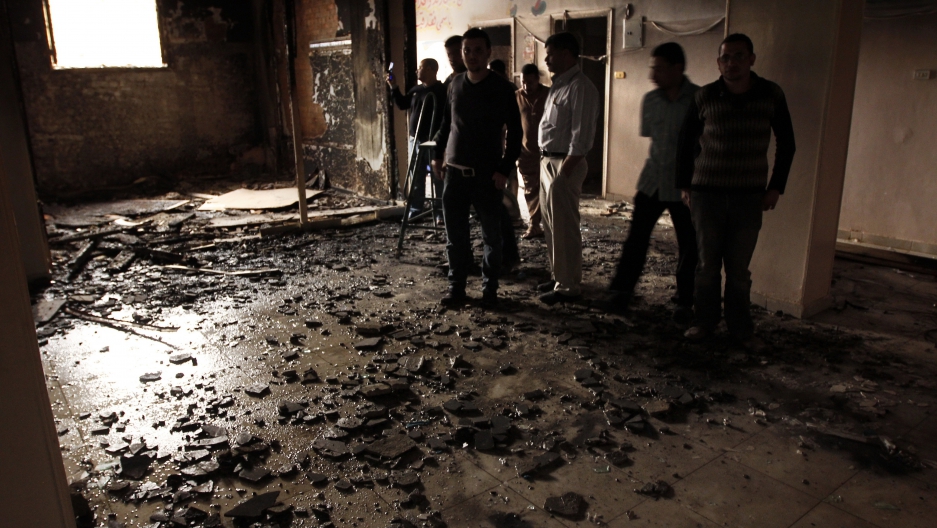 People inspect the inside of a the destroyed room in a building that was burnt down during a night of sectarian clashes between Christians and Muslims in Al-Khusus, a poor area in Qalyubia governorate, north of Cairo on April 6, 2013.
Credit: Stringer
Share

Sectarian violence has claimed the lives of at least five people in Egypt with another five injured.

Christians and Muslims clashed in the town of Khosous in Qalyubia province, north of Cairo.

Reports of how the violence began vary widely.

CNN reported that the violence began after Christians drew crosses on the wall of a Muslim school.

The Los Angeles Times said there were reports that Christian youths spray painted swastikas on an Islamic institute.

The perpetrators allegedly tried to take shelter in a Coptic church while angry protesters amassed outside, reported CNN.

After Muslims tried to burn the church, gunfire was exchanged and weapons drawn.

Christian businesses were destroyed during the clashes, said Reuters.

Security forces moved in to stop the violence, while detaining 15 people.

It is estimated that there are 77 million Muslims in Egypt and four million Coptic Christians remaining in the country.