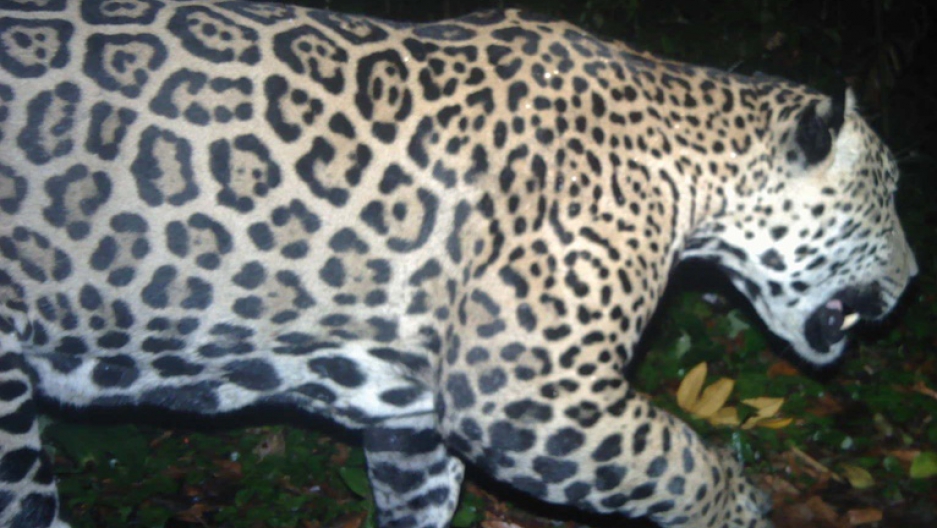 TORTUGUERO, Costa Rica — A sole pair of sea turtle tracks is all that punctuates the serenity of sand along the protected beach on this Central American country’s Caribbean side.

The turtle made it out of the ocean to a preferred nesting spot — but never made it back. It was the first turtle researchers found killed by a jaguar of the 2013 nesting season.

Tortuguero National Park, in Costa Rica’s northern Caribbean slope region, has one of the world’s most important nesting beaches for the endangered green turtle. Scientists say 15,000 to 20,000 of them crawl ashore here each year for a nesting season that lasts from May to October.

Even the name Tortuguero is taken by some to mean "turtle area" — yet it could also translate as "turtle catcher" — but this park is just one stop-off in the creatures' epic migration from feeding spots to nest areas.

Now, they’re sharing this quiet slice of paradise with a ferocious new neighbor that’s making the mission harder for some to complete.

Tortuguero has become a hotspot for jaguars, the largest cat in the Americas, and they're proving to be nimble turtle catchers. (Watch footage below of a jaguar devouring the first sea turtle of the nesting season mentioned above, courtesy of Global Vision International.)

The jaguar is a near-threatened species, according to the nonprofit International Union for the Conservation of Nature's Red List of Threatened Species; although, in some Latin American countries, jaguars have vanished entirely.

Tortuguero park rangers say 10 years ago they never saw a jaguar on their beach. Now it’s virtually crawling with them: Researchers say they’ve identified 16 jaguars in the park, and estimate that the big cats kill about 1 percent of the turtles nesting here.

Stephanny Arroyo, 31, who studies wildlife conservation at the National University of Costa Rica, has been researching the elusive cats for the past year, along with staff and volunteers of Global Vision International (GVI) and support from the national park and the nonprofit Panthera.

They set camera traps at areas considered high-traffic spots for jaguars, which helps in identifying and distinguishing the cats. But their photos and video footage show more than just unique fur spots. Their findings reveal the jaguars are acting unlike any jaguar these researchers have ever heard of.

Jaguars, so happy together

Jaguars are known for living a solitary life, roaming a radius of at least 14 square miles by themselves.

Not in Tortuguero. Here 16 jaguars are sharing 100 square miles, and, the researchers say, they are oddly social: they eat together, travel together and play together.

“I was certain that Tortuguero was special for something,” Arroyo said. “The behavior [of the jaguars] is unique and the quantity of individuals in such a small area is also unique.”

One explanation under examination is the area's unusual abundance of turtles. The bounty of turtle meat for half the year means jaguars might not feel the need to compete for food, according to Arroyo. With hunting made easy, these beasts could be less bothered to stake out their own territory to roam solo.

Still, she and her colleagues are working to get to the bottom of this. And the more the jaguars amaze them, the more questions arise. Where are they coming from? Where do they go when the turtles are gone?